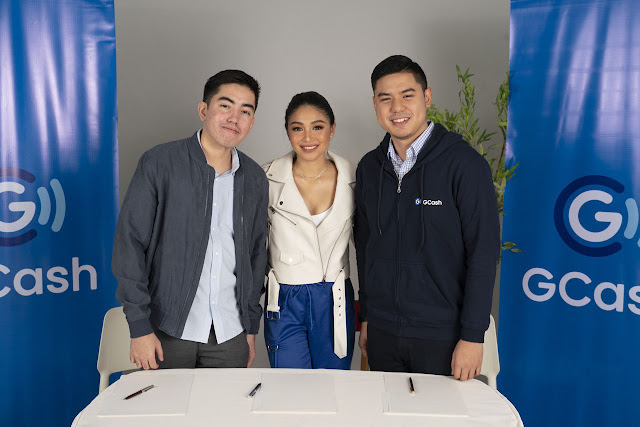 The country’s favorite young artist and model Nadine Lustre is the new face of the Philippines’ leading mobile wallet, GCash.

The multi-awarded actress headlines GCash’s “What Can’t You Do?” campaign to power the dreams of young adults who constantly want to do more, to expand possibilities, and to achieve beyond their own expectations.

“Nadine is the perfect fit for GCash because she represents the true aspirations of young adults and is at that point in her life where taking charge of your finances is becoming more important. She shows how young adults can be independent and take charge of their own lives, and with the help of GCash, “What Can’t You Do?” means so much more,” Chris Manguera, Chief Marketing Officer at Mynt, which runs GCash, said.

After starting out as a singer in a pop band, Lustre evolved to become a much-sought-after actress on TV, with her primetime hits “On The Wings of Love” (2015) and “Till I Met You” (2016).

The 25-year-old actress has fared as well on the big screen, winning the Best Actress awards from Young Critics Circle, FAMAS Awards and the Gawad Urian Awards in 2019 for  hit movie, “Never Not Love You.” Her latest film, “Indak,” a dance musical movie, shows Lustre’s flexibility as an actress.

Early this year, one of world’s biggest fast fashion brands, H&M, launched Lustre as its first Filipino ambassador. The actress, named by a top magazine as Sexiest Woman in 2017, has her own line of swimwear with H&M.

“She has built her brand and can create the image of a lifestyle that everyone will want to follow. We hope for that to happen with GCash as well,” Manguera said. “We also want to activate her big fan base to help spread the word of financial inclusion and empowerment.”

Lustre, who was voted Artist of the Year and Favorite Female Artist at the Myx Music Awards 2019, is a social media savant who has 6.8 million followers on Instagram.

GCash’s “What Can’t You Do?” campaign pushes the limits of what mobile phones can do for young adults with its innovative financial services accessible through mobile. With over 50,000 partner merchants and 20 million users, GCash remains the country’s leading mobile wallet.

Like Lustre, who has won over the entire country  and has kept everyone’s attention throughout the years by relentlessly adapting to change, GCash continues to evolve not just as digital platform but as a lifestyle brand.