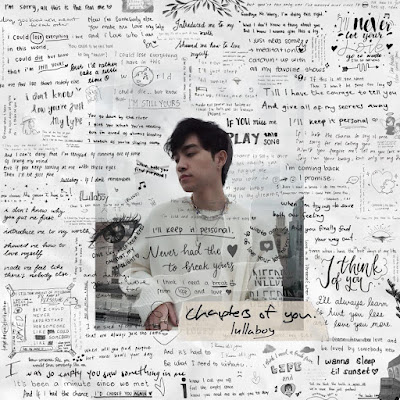 Singapore-based Indonesian-American artist lullaboy rings in the new year with his debut compilation album, chapters of you—released independently and available now on all major digital streaming platforms. The record comes with two new songs: “deja vu” and “open up.”

After being rejected by countless labels, lullaboy decided to take matters into his own hands across 2021, releasing a song every month for the whole year. Each song explored different perspectives around a central theme of discovering what love means, in all its different shapes and forms. With his storybook lyricisms and genuine, heartwarming vocals, it didn’t take long for fans around Southeast Asia (and the globe!) to take notice. This persistent approach garnered him tens of millions of streams, and grew his following to an incredible 1.5 million monthly listeners by the turn of the year.

Hundreds of fans then came together to co create the artwork for chapters of you, each submitting handwritten versions of their favorite lyrics and lines from his catalogue, to be placed alongside each other in the final image.

“From songs about crushes to self worth, from regret to filial and spiritual needs, “chapters of you” represents a photobook that I’m showing a significant other, but I also hope it represents every single fan’’s own experience,” the rising singer-songwriter shares. “I hope that listening to the album will be like looking into a mirror and realizing that true love is found in every chapter of your life.”

“dejavu” is the lead single off of this album, and will be accompanied by a music video filmed in Malibu, California. The track is an anthemic one, created together with longtime collaborator Nacho Larrazza, and combines lullaboy’s signature pop sensibilities with powerful, upbeat soundscapes. It will be released at 2pm (SGT) on the 24 January.

Achieve a Better You this 2022 with these Deals at Shopee’s Brands Spotlight Festival Check out these pocket-sized capsule lippies from Saniye, up to 60% off on Shopee Beauty!