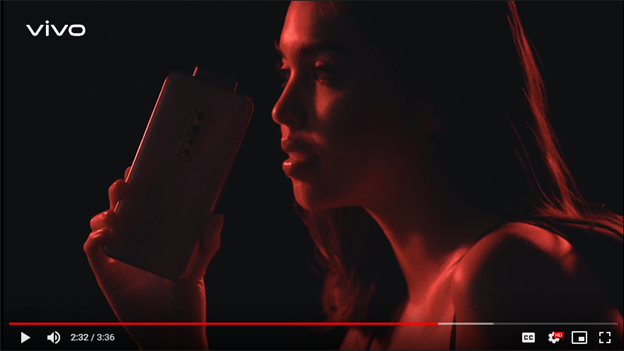 It is not a cover of a magazine or a poster for an upcoming movie. But fans and social media followers of Maine Mendoza will truly be surprised and intrigued on what the young actress is up to when they see a screengrab of her latest video for Vivo.

The image, a silhouette of Maine teasing with what appears to be Vivo’s latest flagship smartphone, the Vivo V17 Pro, has many of her adoring fans already speculating when the new handset would be launched in the country.

Aside from the screengrab, a new video which will soon be up on Vivo’s Facebook page, will also feature the celebrity, garbed in highly-fashionable dresses, completing wacky fan-tweeted 17-second challenges such as eating polvoron while reciting the alphabet, or stuffing marshmallows in her mouth.

Prior to teasing about the V17 Pro, Maine was introduced as Vivo’s brand ambassador and endorser in May following the launch of the Vivo V15 Pro and Blossom Pink special edition smartphones.

Screengrab shows a silhouette of Maine teasing with the Vivo V17 Pro.