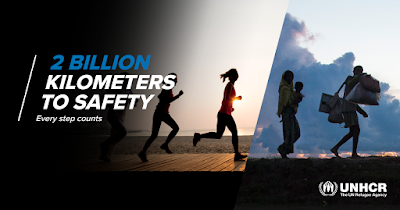 The United Nations High Commissioner for Refugees (UNHCR) launches the 2 Billion Kilometers to Safety campaign, a virtual movement where Filipinos are encouraged to take a step in solidarity with the world’s refugees.

By committing to run, walk, or cycle, participants are contributing to the global goal of 2 billion kilometers, just as refugees do each year to reach the first point of safety.

The target distance draws a parallel to the cumulative kilometres walked by an estimated 68.5 million refugees and forcibly displaced persons globally—a connection that will allow supporters, especially those targeting to achieve their fitness goals, to walk in solidarity with some of the most vulnerable people of our time. 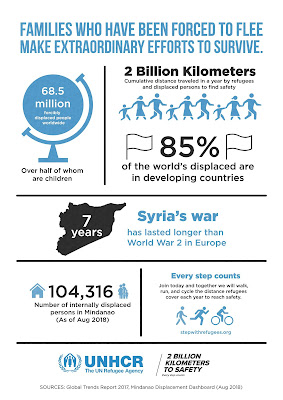 Every Step Counts
Alin Nisa (https://stepwithrefugees.org/en-ph/alins-story-enph) is among the 720,000 Rohingya who fled persecution and violence in Myanmar last year. When her village was attacked, she and her family was forced to escape in the dead of the night at 3:00 AM.

They had nothing but the clothes on their back. With her husband, mother-in-law and two young children, she crossed mountains and rivers. Along the journey, they walked across water-logged paddy fields, in torrential rain, sometimes through the night.

Finally, after a perilous journey of 10 days and 102 kilometers, they arrived at the Kutupalong refugee camp in Bangladesh.

Now safe in Bangladesh, the family has built a shelter, using plastic sheeting and bamboo – all provided by UNHCR. They also received a cooking kit, mats and blankets.

Add your kilometers, lend your voice

If you’ve been inspired by Alin’s resilience and courage you can try walking, running or cycling 102 kilometers. Alin walked that journey to safety, carrying her two children through many nights. 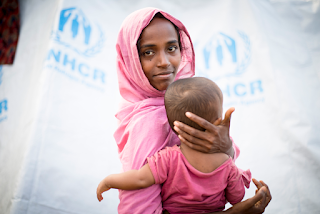 To join 2 Billion Kilometers to Safety campaign, UNHCR encourages supporters to register and add their kilometers directly onto the campaign website stepwithrefugees.org/en-ph/.

You can choose to sync your fitness apps like Fitbit or Strava to automatically add your kilometers, but you can also add them manually by setting a target up to a maximum of 50 kilometers per entry.

You can also support by encouraging others to join the cause and helping to raise funds. Aside from reaching your own target distance, you can organize fundraising campaigns to help the world’s refugees either through your very own school, sports clubs or running communities.

For more information on the 2 Billion Kilometers to Safety campaign, visit stepwithrefugees.org/en-ph/.

RCBC joins industry forum on the future of payment for Filipinos with ePiso Shopee Kickstarts the Biggest Christmas Sale of the Year, Shopee 11.11 – 12.12 Big Christmas Sale