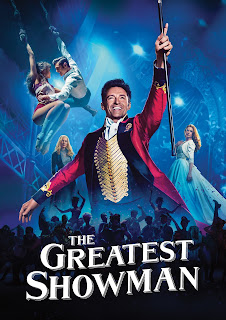 The 2017 musical film was a smash hit amongst viewers around the world — but more than just it’s catchy songs and riveting performances, The Greatest Showman had plenty to teach audiences about success and happiness.

With a star-studded cast that includes Hugh Jackman, Zac Efron, Michelle Williams, and Zendaya, the film is loosely based on the life of entertainer and visionary P.T Barnum and how he created the Barnum & Bailey Circus. The film is set in the 19th century and allows viewers to follow Barnum’s pursuit of creating the ‘greatest show on Earth’ as well as the struggles, characters, and triumphs that he encounters along the way.

The film was widely praised and loved by audiences and critics alike, grossing over $430 million worldwide and received a Golden Globe nomination for Best Actor, an Academy Award nomination for Best Original song. The film also went on to win a Golden Globe in the same category for ‘This Is Me”, arguably one of the film’s biggest songs. Together with the movie’s incredible production value and dazzling performances by the cast, it was indeed on of 2017’s biggest hits.

But more than great music and performances, The Greatest Showman resonated with millions around the globe because of its emotionally captivating and heart-tugging story. The message it sent out to viewers truly hit home and moved plenty of people — regardless of whether or not you’re a circus entertainer, an entrepreneur, or simply just a father. Here are five of the greatest life lessons that The Greatest Showman taught its viewers. (Some mild spoilers may follow!)

1. Dreaming big is important for yourself, but even more important when you do it for others 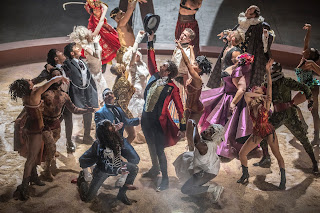 There is no shortage of movies that talk about dreaming big and focus on the importance of following your dreams. However, The Greatest Showman doesn’t only stop at showcasing how critical it is to have big ambitions — it also shows viewers that when you follow your dreams in order to help others, it makes a big difference. In the film, P.T Barnum pushes for this circus to help his family, his cast, and the audiences. In fact, one of his most popular real-life quotes is: “The noblest art is that of making others happy.” And it was this drive that fuelled him to make his circus, indeed, the greatest show on earth.

2. However, getting blinded by your dreams can cause you to lose sight of what is truly important 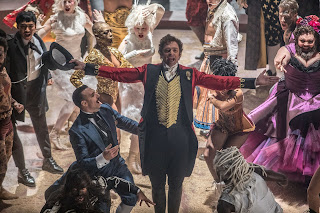 People often get caught up in their obsessions with fame and fortune and this often ends up becoming their downfall. When Barnum gets too preoccupied with touring and making his success bigger, he ends up neglecting his family both at home and at the circus. He dismisses their feelings and almost drives them away. This shows viewers that in the end, it’s important to prioritize those who will by you at the end of the day.

3. Be unapologetic about who you are — shame will only hold you back 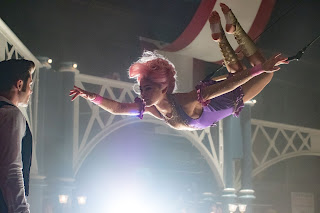 In the song ‘This Is Me’, the hit track that won the film a Golden Globe for best original song, the circus performers sing about how despite all the judgment and hate that have come their way, they’re still standing firm and not apologizing for who they are. The performance is led and sang by Lettie Lutz (Keala Settle) whose raw emotion and vocal prowess brings the song home. The anthem alone sends a powerful message about how being ashamed of who you are does you no good — you must love yourself as you are and the rest will follow.

4. Taking risks and leaving your comfort zone is important

A big theme across the film is how taking risks can be scary, but they can also pay off. Barnum was a huge risk-taker and this can be seen across all his decisions in the film — from pursuing his wife, to hiring his cast, and even to buying his circus venue. Barnum eventually persuades Phillip Carlyle (Zac Efron) to take a risk on him as well in one of the movie’s most entertaining performances. Barnum is proof that with the right calculations, taking risks is important in success. After all, you miss all the shots that you don’t take.

5. Happiness comes from within and sometimes what gets in the way of that is ourselves 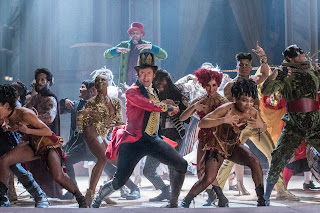 Plenty of characters in The Greatest Showman were at some point extremely unhappy for various reasons — they were ashamed of themselves, discontented with their lives, struggling to conform to society, or just hung up with the past. In the end, most of them realized that the cause of their unhappiness were actually themselves and they had to let go of some of those negative thoughts and self-imposed rules in order to be free.  There will be people who judge us, there will be limits we can’t always break, and situations that are beyond our control, but it’s how you choose to react to these things that can really change how happy we truly are.