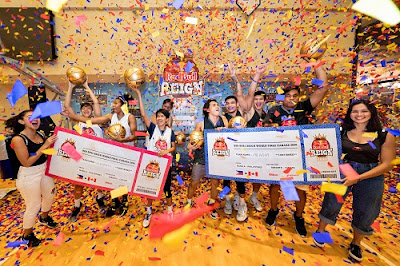 June 29, 2019 (MANILA, Philippines) – Two Philippine Champions emerged victorious at the Red Bull Reign Finals on Saturday, June 29th, 2019, at Kerry Sports Manila in Bonifacio Global City: Men’s Champions Phenom and Women’s Champions Team Gilas Women’s. Both teams advance to the Red Bull Reign Global Finals in Toronto, Canada, this August where they will represent the Philippines against 15 other nations from around the globe.

Red Bull Reign is a high-endurance, offense-driven 3-on-3 street basketball tournament that brings the best ballers in the world together. Each game is contested under strict rules inspired by FIBA’s (International Basketball Federation) 3-on-3 rules: 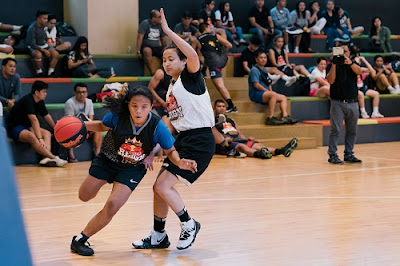 This year’s instalment saw several local teams all vying for a spot in the Finals. The opening games took place in the morning and progressed over the course of the day, until only two teams remained: Zamboanga Valientes and Team Gilas Women’s, with the later taking the victory with a final score of 21 – 06.

Team Gilas Women’s is comprised of Jack Daniel Animam, Claire Castro, Janine Pontejos and Afril Bernardino. They are members of the Philippines’ national women’s basketball team, with years of experience under their belt.

“We train everyday”, says power forward Animam. “We’ve known each other for so long that our teamwork is top notch. And now, it’s a privilege to represent the Philippines in the World Finals in Toronto!” 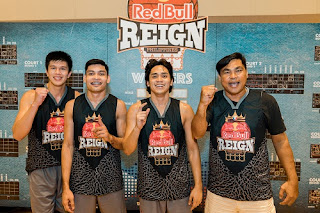 This year’s men’s tournament began with the Last Chance Qualifier, which saw eight teams from Luzon, Visayas, and Mindanao compete head-to-head in back-to-back action. Teams Phenom and Philippine Navy, and team J Hoop from Cebu City, crushed the competition to advance to the Semi-Finals together with Team Basilian.

Teams Phenom and Basilan both won their respective games to meet in a thrilling finals showdown. With amazing shooting and tenacity, the Phenom edged its competition to a final score of 22-to-19. As three-time Red Bull Reign Philippine Champions, the Phenom this year consisted of former NCAA and PBA D-League players Shaq Alanes, Junjie Hallare, and Micole Sorela.

“I’m kinda speechless”, says Sorela. “We didn’t expect to win this, especially against our friends from Team Basilan. So we feel great! We wouldn’t have made it here without the help of our coaches or my awesome teammates.” 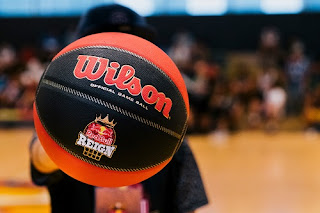 Vince Hizon, Tournament Director of Red Bull Reign, shares his thoughts on this year’s tournament. “The fact that this is a qualifier for a world tournament – that makes it a big deal. Red Bull has done an exceptional job in all the sports they’ve participated in, really uplifting sports through these amazing opportunities. But in basketball, they know how passionate the Filipinos are regarding the game.”

As the 2019 Red Bull Reign Philippine Champions, Phenom and Team Gilas will represent the country at the Global Finals in Toronto, Canada, this coming August!