Are You Tough Enough? Join The 6th Tinta Awards: Ink The Universe

The United Print Media Group (UPMG), the premier association of major publication companies, with more than 100 titles of major newspapers, tabloids and magazines in the country will once again spearhead its flagship project, Tinta Awards. 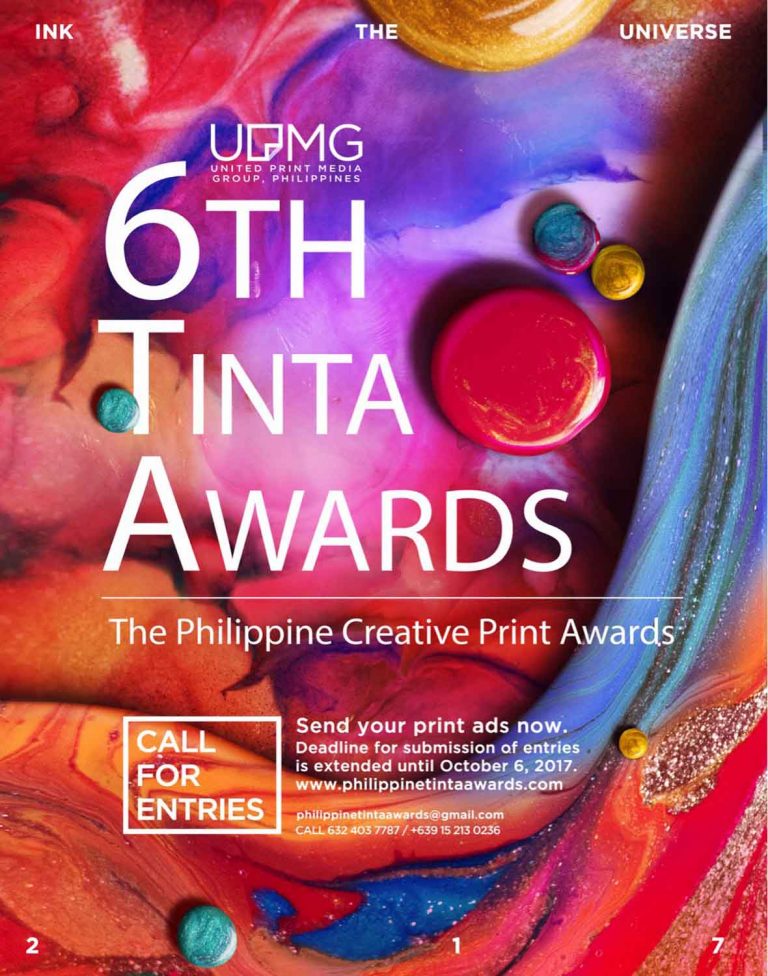 The UPMG Tinta Awards, now on its 6th edition is the first Philippine press award-giving body geared toward recognizing excellence in printadvertising. Its aim is to encourage creativity in print and to keep the spirit of print media alive in an increasingly digital terrain. The eventgives due recognition to the creativity and excellence of Philippine print advertising practitioners.

There is also a student category, which seeks to “attract new generation readers among the youth” through print media’s communication campaigns.

For those up for the challenge, all entries must be an original and inspiring idea, relevant to its context, well executed, and entries must have been published or displayed for the first time between September 1, 2015 and September 2017.

The 2017 jury will be composed of distinguished luminaries from the advertising, publishing, media and creative industries.