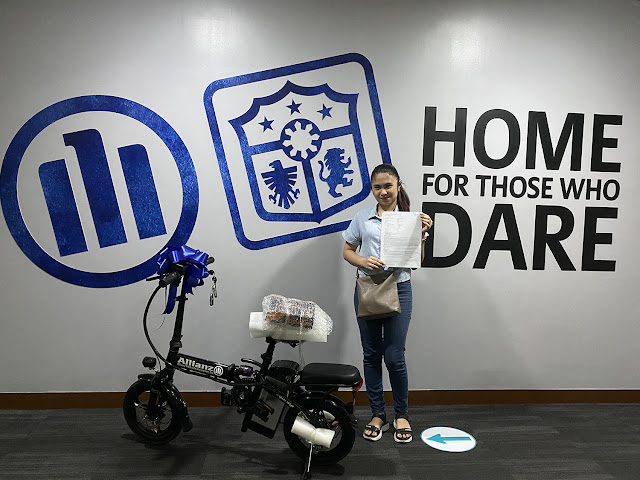 Allianz PNB Life recently announced the winners of its eAZy Five Promo, which encouraged participants to share their health aspirations for the next five years and how they aim to achieve them.

Jolly-Anne Casaldan Rebenito was declared the grand winner of the contest, and she received an Allianz e-bike and an Allianz eAZy Health Blue Plan as her prizes.

Allianz eAZy Health is the affordable and renewable 5-year insurance solution that helps you future-proof your health and live with peace of mind. It includes critical illness, life, accident, and disability benefits.

In receiving the Allianz eAZy Health Blue Plan, Rebenito is entitled to a five-year coverage that includes an enhanced critical illness benefit worth PhP500,000; an accidental benefit (death, disability, and dismemberment) also worth PhP500,00; and a life insurance benefit worth PhP150,000. She also received a health bonus—30% of premiums when she remains healthy after five years.

Most recently, Allianz PNB Life bolstered its support for biking as a sustainable transport alternative when it launched its Ride Safe campaign. In line with this initiative, it became the exclusive Life Insurance Partner of the city of San Juan for its Bike Safety project. Allianz will be putting up the Philippines’ first solar-powered bike pit stop in the city. Prior to this, it set up bollards to ensure the safety of bikers.