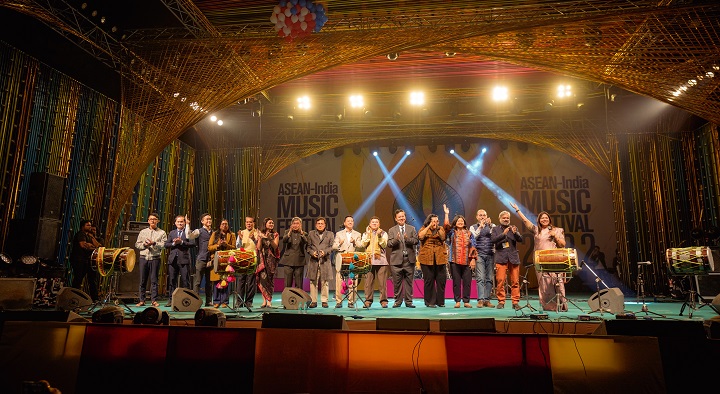 Heralded as a game-changer that aims to strengthen diplomatic ties and promote cultural exchanges, ASEAN-India Music Festival 2022 delivered an astounding comeback that not only presented resilience during the time of the pandemic but also championed shared histories and traditions among the participating partner nations.

The three-day festival, which was organized by the Ministry of External Affairs and Seher—India’s premier cultural organization that works closely with the Indian government, showcased an exquisite merging of artistic heritage and cutting-edge modernity as headliners brought a slice of their culture on stage through music. 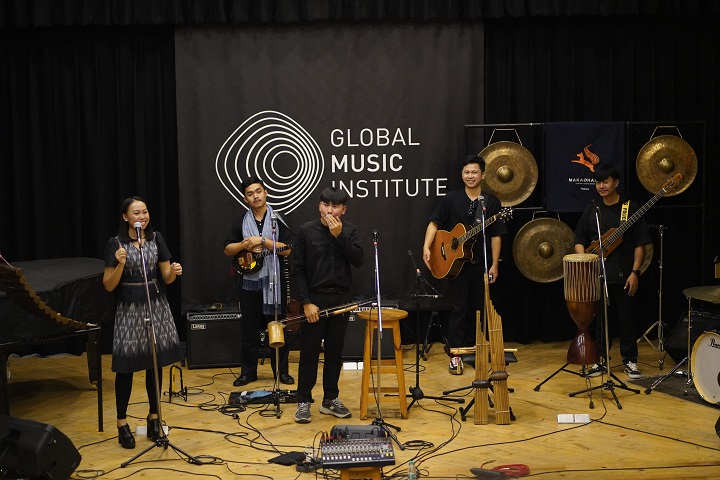 The second edition of the music festival featured an eclectic lineup from 11 countries, including Brunei Darussalam, Cambodia, Indonesia, Lao PDR, Malaysia, Myanmar, the Philippines, Singapore, Thailand, Vietnam, and India. The event took place in Purana Qila, one of the most prominent and oldest forts in Delhi, India from November 20 to 22, and promoted rich musical traditions that connected the present and the past to a crowd of thousands.

Some of the most notable performances include Singapore’s Linying Band, whose compelling songwriting style and folk-pop sensibilities proved to be a hit during the festival run. The acclaimed hitmaker, who takes pride in being the first Southeast Asian act to get signed under Canadian Record Company Nettwerk Music Group in 2016, considers the experience of performing in India and representing Singapore a career milestone.

“It feels great,” says the Good Behaviour songstress. “And I think I didn’t expect for this venue to be so breathtaking and so amazing. And I think that’s something that’s so unique. It’s cherry on top already, such an interesting opportunity to play, [this city is] already one of my favorites.”

The Philippines’ very own Bayang Barrios at Ang Nilayagan also brought the house down with anthems that tackle socio-political issues in the Philippines, particularly the vast destruction of the forests in the countryside due to ongoing urban developments. Singing soulful but powerful hymns against a backdrop of tribal-infused beats and ethnic instrumentation and delivering spiels in both English and Filipino, the eclectic singer-songwriter drew loud cheers from the audience who seemed captivated by her undeniable charisma and talent.

“Music is universal,” Barrios reiterates. “Despite the difference in language, people will always be connected in rhythm and pulse. What matters is that you are able to communicate your message through distinct but universal expressions—be it body movements or a smile.”

Host country India proved that they’re a powerhouse in terms of global music influence with artists such as Jonita Gandhi and Sukhbir elevating the art of performing in a uniquely compelling way. The latter in particular, performed with a percussion ensemble that masterfully blended Bhangra and Bollywood influences with modern pop, dance, and hip-hop music. 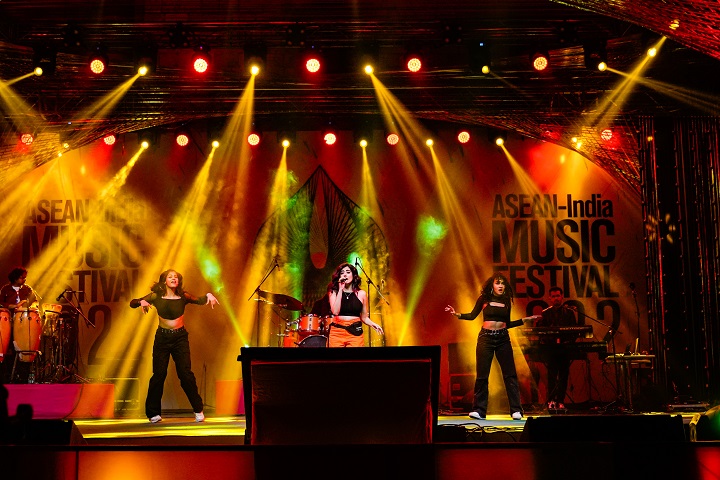 During his backstage interview with select Southeast Asian lifestyle and music press, Seher Founder/Director Sanjeev Bhargava emphasized that the success of ASEAN-India Music Festival lies on strengthening cultural ties among participating countries and fostering a global community that transcends beyond boundaries.

“Let’s bring the people of the world closer together,” Bhargava said. “And over here, my mandate is very clear. People in India have always been drawn towards the West. They want us to go to university in London or Canada or the U.S. Nobody tells us to go to Vietnam. Nobody tells me that there’s a beautiful culture in Cambodia.”

ASEAN-India Music Festival 2022 celebrates 30 years of India and Southeast Asia’s diplomatic relations. With its utmost goal of increasing awareness of the ASEAN identity amongst creative intellectuals and the public at large, the cultural festival has also done showcases in Shillong Meghalaya in Northeast India, as part of its plan to bolster its ‘Act East’ policy.