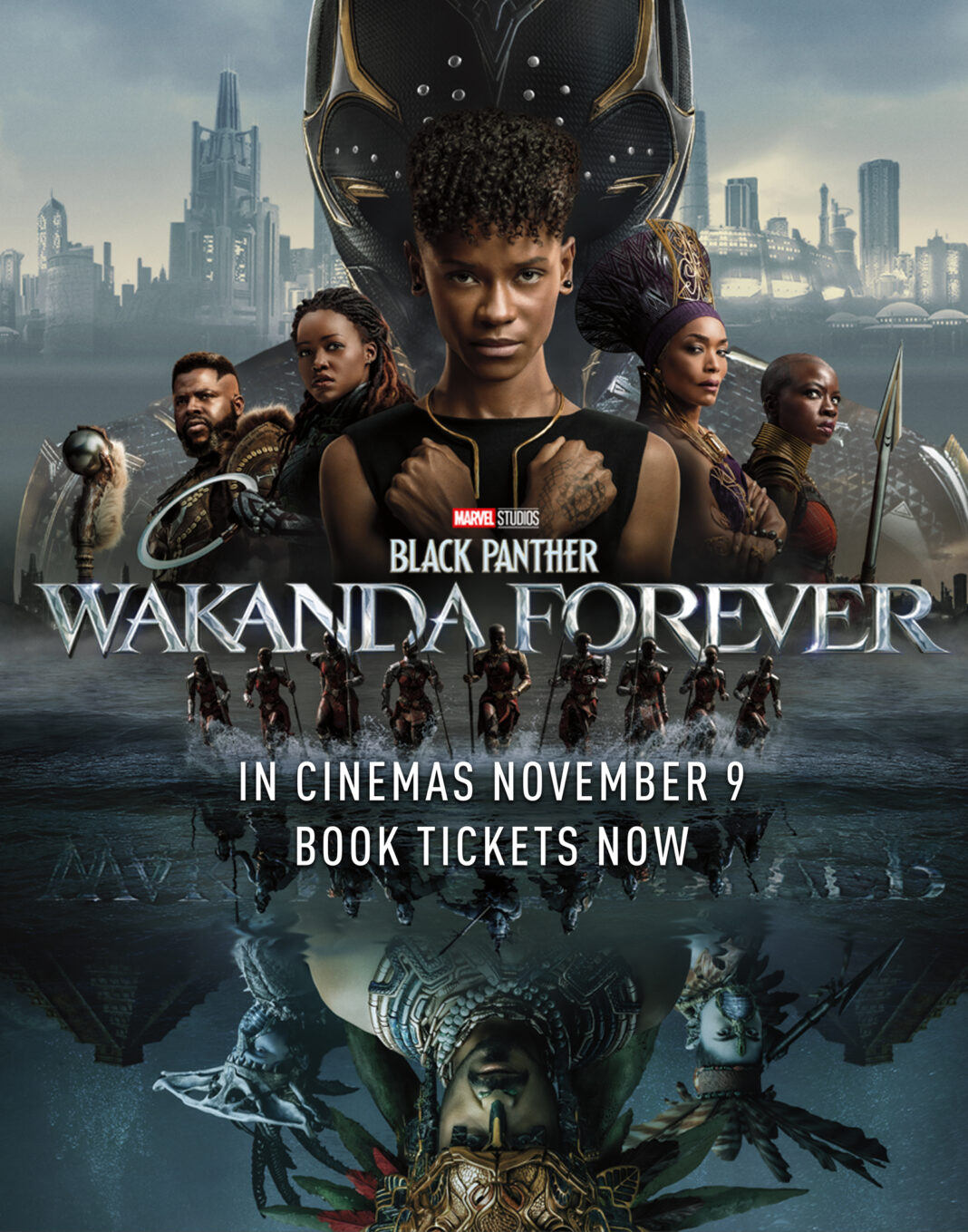 Marvel fans are in luck this November as the sequel to the iconic Black Panther is set to stir emotions on the big screen with Black Panther: Wakanda Forever, now showing at SM Cinemas.

Directed by Ryan Coogler, Black Panther: Wakanda Forever will hit right at every fan’s heart as it revolves around the story of grief, strength, and solidarity.


Black Panther: Wakanda Forever highlights heroes to watch out for, such as Wakanda’s queen and mother of King T’Challa, Ramonda; his sister Shuri, who will play a big role in designing a new technology for Wakanda; M’Baku, leader of Wakanda’s mountain tribe, the Jabari; and Okoye, the head of the Dora Milaje, Wakanda’s all-female special forces. Together, they will face the biggest fight of their lives to defend their nation in the wake of King T’Challa’s death.

Join the Wakandans as they courageously move forward as a nation and become each other’s heroes, with the help of significant characters including Nakia, an undercover spy for Wakanda from the River Tribe, played by Lupita Nyong’o, and Everett Ross, an agent of the Central Intelligence Agency, played by Martin Freeman.


Don’t forget to check out the unique mall happenings at SM Malls in Novaliches, Valenzuela, and Sangandaan in Caloocan. Enjoy the full cinematic experience only at SM Cinema.

Filipinos turn to Shopee’s 11.11 Mega Pamasko Sale as over 150M deals were up for grabs in the Philippines HONOR continues to expand its presence in SM Malls!