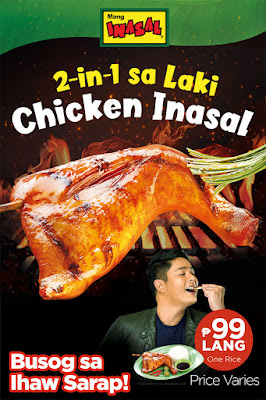 Why settle for meals that don’t satisfy, no matter how affordable they are?

For about a decade now, customers flock to Mang Inasal’s to grab a bite of its Chicken Inasal, making the enterprise one of Jollibee Foods Corporation’s fast-growing business units.