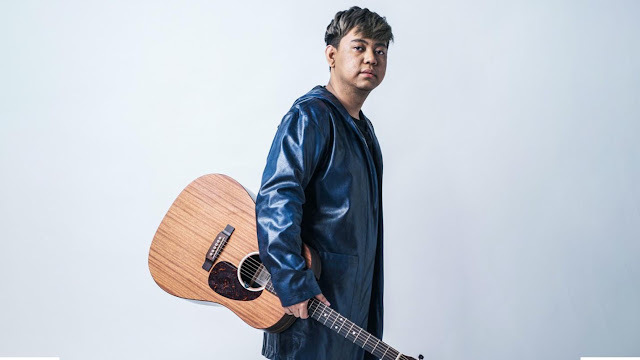 Brimming with laid-back, acoustic guitars and minimal instrumentation, the heartfelt ballad asserts his sentiment that despite the uncertainty of the future, there will always be that one person who is willing to stick out with you through thick and thin.

“I wrote Panandalian out of the realization that nothing’s gonna last forever, and everything must come to an end,” says the talented newcomer. “The song is about preparing yourself for the inevitable change, and making sure to protect that one person who is willing to keep things the same way—even if everything around you is constantly evolving.”

“I’m really glad that Migz helped me find the sound that fits my vision,” De Perio shares. “With Migz, it’s always a collaborative process. I provide input, and he executes it well.”

The release of “Panandalian” comes with a poignant music video helmed by young filmmaker Ivan Pasia. The MV, which stars young actor Francis Magundayao, conveys the message of the song with riveting earnestness, keenly aware of its commitment to power through despite life taking us on a bumpy ride.

A few months ago, EJ De Perio teased the streaming public with “BUNTONG HININGA” under WATERWALK Records. The guitar-pop ballad documents a conversation between him and God in one of his dreams. He also recently signed with Sony Music Philippines, and is planning to release thematically binding songs about “unspoken emotions.”

“I’ve been an independent singer-songwriter for 5 years and I didn’t see this coming,” De Perio shares in a statement. “I’m just glad that the Sony Music Philippines really believed in what I do and what I write. In return, I’m determined to use my platform to inspire more people through music. This is a gift that I hope to continue doing for more years to come.”