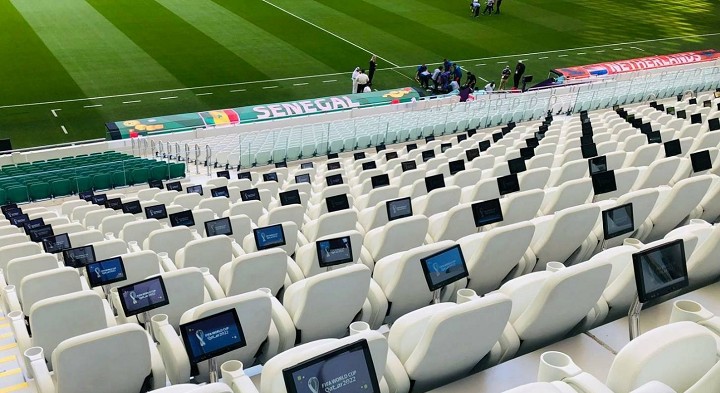 The World Cup, the largest and most influential football game in the world, kicked off in Qatar on November 21st. This World Cup is also the one with the highest investment in history. All hardware and software facilities are built with premium specifications. Especially, the Al Thumama Stadium, which introduced MSI FUNTORO Stadium & Arena Solution, is getting much attention. All fans can enjoy the service from their seats including live streaming, highlight replay, meal order, merchandise shopping, MVP voting, interactive events, advertising, etc., bringing them a thrilling game experience like never before.


Followed by its Category Award of Computex Best Choice 2018, MSI FUNTORO Stadium & Arena Solution was implemented in Besiktas – Vodafone Park, the stadium selected as the venue to host the 2019 UEFA Super Cup. Now, it is recognized by the FIFA World Cup 2022 at Al Thumama Stadium, indicating that the quality, design, and stability of the system fit in the highest professional sports event in the world.

With the precise allocation of the Portal/Content/Media Server and Fail Recovering mechanism, 100% designed by its own R&D teams, FUNTORO Stadium & Arena Solution can provide the best services in the most stable and efficient way. Besides, with the help of a smart Central Console & Cloud System, the venue management team can take full control of services even with only one staff.

FUNTORO Stadium & Arena Solution has received positive feedback by bringing new insight and business models into the daily operation of the sports club. It also helped them improve fans’ engagement, and brand image and create new sources of income including advertising platforms and sponsorship opportunities with the minimum human resource. MSI FUNTORO makes venues smarter and more profitable in the most effective way.