HIV awareness must be made more understandable for young adults

Only 15 percent of young adults aged 15 to 24 years old have knowledge about HIV prevention, a UNAIDS Philippines study showed. The lack of an extensive sex education in the curriculum is seen as a contributing factor—directly or indirectly—to the country’s high HIV growth rate.

Discussions on the human immunodeficiency virus or HIV have always been done in extremes – either it is too technical and clinical or it is peppered with myths and falsehoods – creating a large disconnect with young adults, the audience who matter the most.

“We believe that education is the best way to prevent HIV, especially among the young adults. If they are equipped with the right knowledge about HIV and its potential risks to their health, we believe that they stand a chance in protecting themselves against the chronic disease,” said (Karol Canlas) Durex Philippines (Brand Manager). 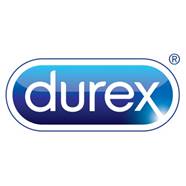 In September, Durex Philippines took the playful and quirky approach to bringing HIV awareness to mind with the launch of its “Always Come Prepared” campaign. Led by the radio trio of Sam YG, Tony Toni, and Slick Rick, the campaign aims to make the conversation on the threats and dangers of the disease lighter and easier to understand for the general public.

To pique the interests of young adults on the campaign, Durex also presented a unique visual of a toy soldier using the condom as a parachute. 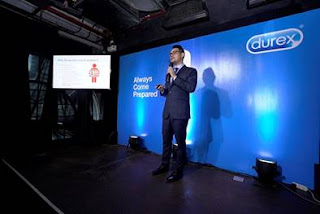 “Their openness and tongue-in-cheek manner of talking about sex-related issues and concerns, particularly HIV, is a good way for us to reach the younger audience. Medical experts have long talked about the dangers of HIV, but why is it still rising in the Philippines? The message must have been lost somewhere,” said (Chrisel Segundo, Category Manager – Relief and Wellness).

Condoms are still the only known effective method of preventing the transmission of HIV and other sexually transmitted diseases. With its latest campaign, Durex Philippines aims to raise awareness and encourage the public to take active precautionary measures against HIV.