As HIV cases among Filipino males rise, Durex calls for continued awareness and support to the LGBTQIA+ community 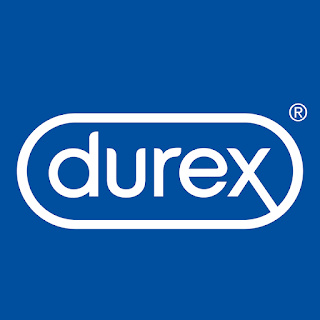 With the ongoing pandemic, the COVID-19 virus has been on everybody’s mind, causing tremendous anxiety and fear in everyone. While undeniably COVID-19 has resulted in a health crisis of unparalleled proportions, the issue of HIV in the Philippines alongside that of LGBTQIA+ community concerns still remains a critical one, more so in view of the latest data from the Department of Health (DOH) and Joint United Nations Programme on HIV and AIDS (UNAIDS).

Statistics from the DOH show that the average number of people newly diagnosed with HIV on a daily basis is at 35. Furthermore, the number of HIV cases among sexually active males has been considerable, with January to December 2019 figures pegged at 7,743 male to male transmissions.

These figures resulted in the DOH Central Office National AIDS and STI (sexually transmitted infection) Prevention and Control Program to sound the alarm over how more young Filipino men are being infected by HIV.

“The lockdown imposed as a result of the COVID-19 pandemic has brought many challenges and difficulties to a lot of people, where people living with HIV (PLHIV) have not been spared,” says Dr. Louie Ocampo, Country Director of UNAIDS Philippines. “Early on, for example, accessing life-saving antiretroviral therapy and prevention services including condoms became difficult. It’s imperative therefore that all stakeholders’ work together to ensure uninterrupted access to HIV services is provided and that we remain relentless in our drive to curb a possible second wave of the HIV epidemic in the country.”

Truly no one is invincible to catching HIV, and now more than ever, the use of protection and the importance of always being prepared in encounters cannot be stressed enough. This bares even more relevant with the recently concluded virtual celebration of Pride Month – with the call of the LGBTQIA+ community, one of the most vulnerable sectors of HIV, for inclusivity and acceptance – and the active participation of Durex.

Through its No One Way Love All Ways Campaign, which emphasizes that there’s really no one way to own your sexuality, Durex continues the fight to curb the spread of HIV in the Philippines, even in this season of COVID-19.

Beyond the No One Way Love All Ways Campaign, Durex has a host of other worthwhile initiatives in partnership with various stakeholders. Included here is the brand’s donation of condoms to the Taguig City Health Office last April, which were then distributed to health centers as well as being made available for the city’s telemedicine program. Durex is also donating P20K worth of products to LoveYourself for their National HIV Prevention Month activities this August.

Without question, hand in hand with the present fight against COVID-19, so must the fight for the rights of the LGBTQIA+ community and people living with HIV continue. So, too, is the need to arrest the alarming rise in HIV cases in the country.