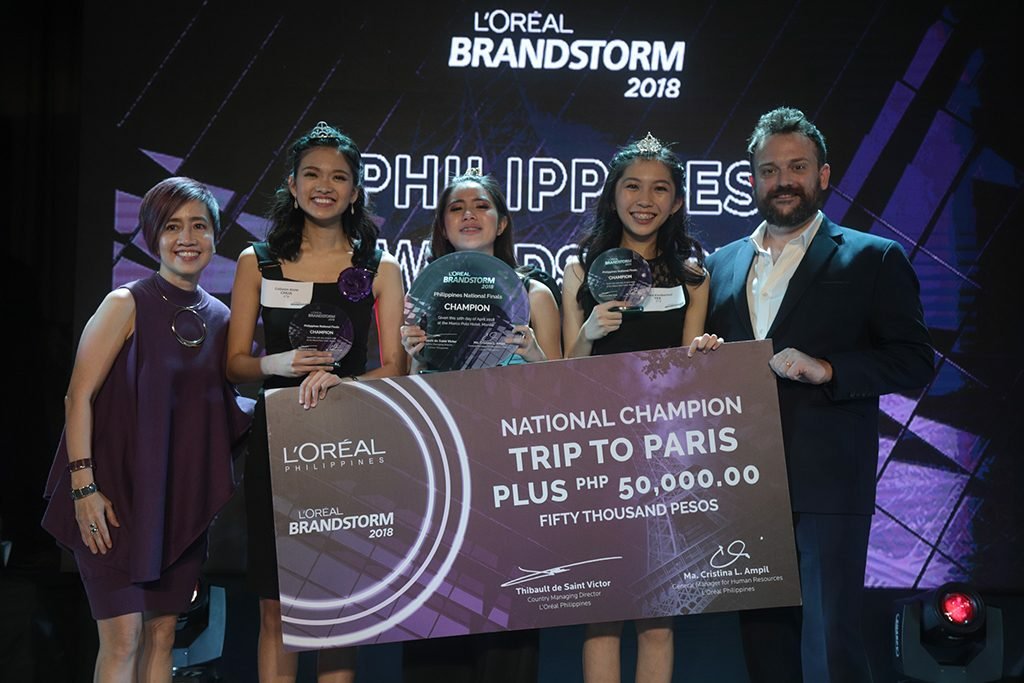 True to its commitment of championing a culture that values training individuals to be globally competitive and empowering talents to shape the future of beauty, L’Oréal once again hosts Brandstorm – its signature global innovation competition for students. This year, in partnership with L’Oréal Professional Products, students from all over the Philippines were presented with the challenge of innovating the customer experience for the professional salon of the future.

Started in 1992 and present in 60 countries, Brandstorm is one of the largest student competitions in the world, and has been an innovation-incubator for some of the most promising talents in the industry. Locally, L’Oréal Philippines has mounted the annual business competition since 2009.

For 2018, Brandstormers were tasked to to re-imagine and re-invent the professional salon experience of the future by creating breakthrough innovations that combines the application of the most modern technologies to attract and engage millennials as well as increase hairdressers’ loyalty. 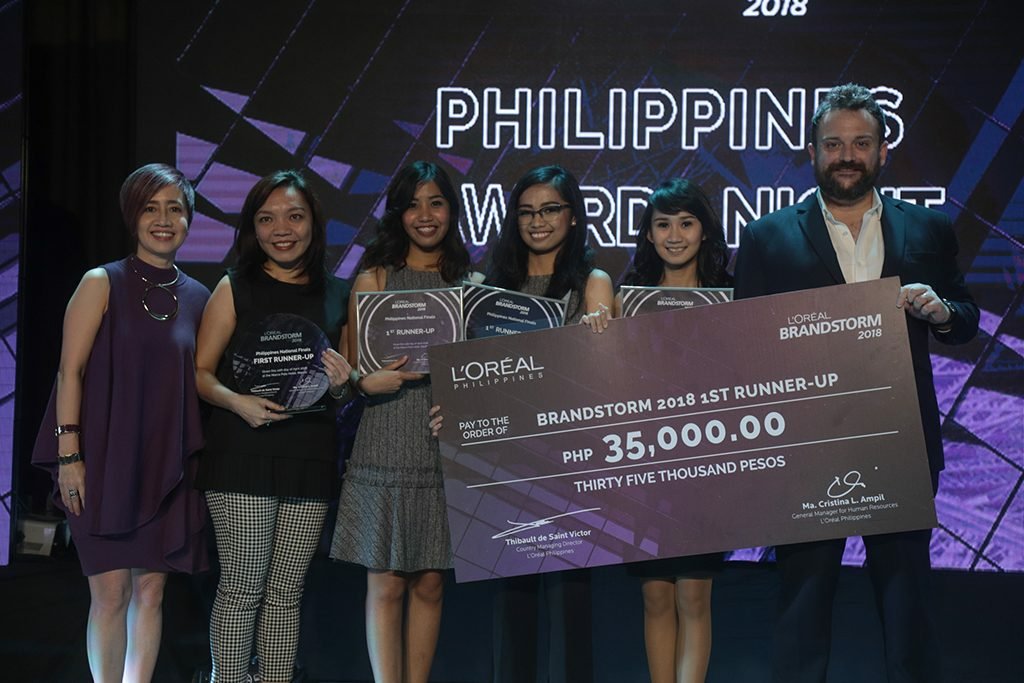 In its 10th year in the Philippines, Brandstorm 2018 surpassed last year’s 1,500 sign-ups for its first nationwide run and mounts the second biggest Brandstorm in the world; this year’s competition boasts of more than 3,570 players from over 30 universities from all over the country.

“Since going nationwide in 2017, we are very happy to see growth in the number students joining the competition and are looking forward to sustain this in the coming years. L’Oréal’s goal has always been to encourage and hone such diversity of talent and reach as many students as possible,” shares Jake Bustos, L’Oréal Philippines Talent Acquisition Manager 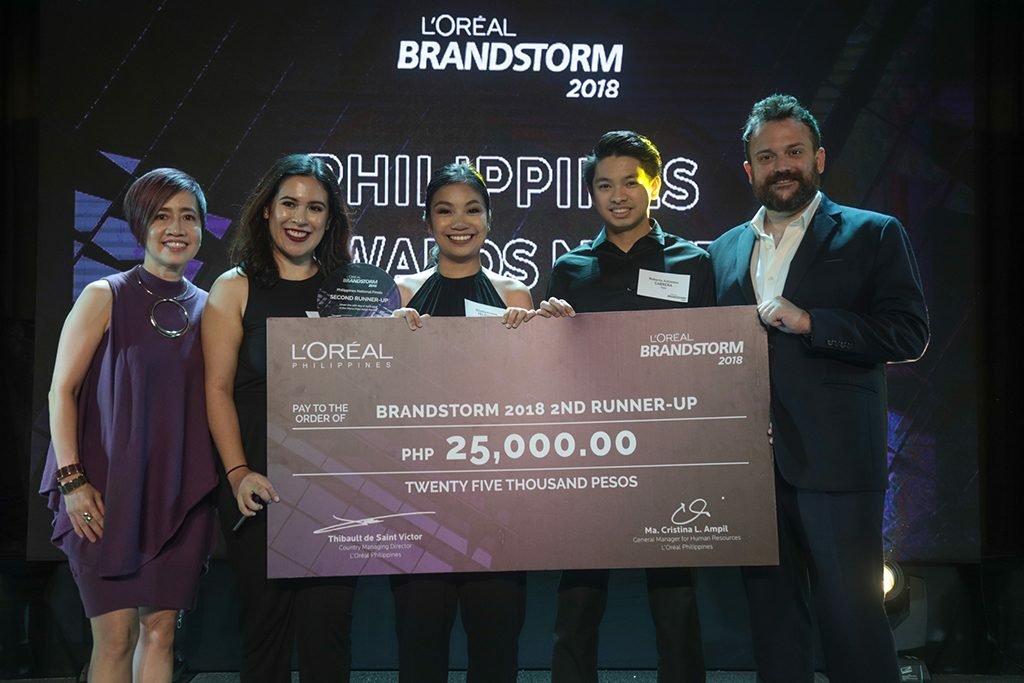 From more than 1,100 teams, only 24 moved forward to the semi-finals last March 1. The top 8 teams were then subsequently selected to battle it out in the National Finals held in Marco Polo Hotel in Ortigas last April 12.

Out of the 8 National finalists, Team C^3 from UP Diliman successfully took home the championship with a ticket to Paris to represent the country in the L’Oréal international Finals as they compete with other students all over the world.

When asked about the whole experience, the team shares, “L’Oréal Brandstorm pushed the limits of innovation by encouraging us to think outside the box. It was a never-ending process of researching and revising our case, until we were completely satisfied with it. With winning this year’s competition, we are excited to fulfill our dream to represent the country in the L’Oréal Brandstorm Worldwide Finals in Paris, France.”

Following suit are Team Bellus from University of the Philippines Visayas (1st runner up) and Team Tala from De La Salle University-Manila (2nd runner up). Both teams win cash prizes and products for their mentors.

The final list of the L’Oréal 2018 National Finalists were as follows:

“L’Oréal Brandstorm has always stood as an innovation-incubator for some of the most promising talents in the industry. It is always inspiring to see what students come up with with their fresh perspectives and forward-looking insights,” shares Tina Ampil, L’Oréal Philippines General Manager for Human Resources.

Everyday is Playday returns to SM Malls this summer in partnership with Paymaya and Gcash Pushing the Boundaries of Beauty: L’Oreal Brandstorm 2018