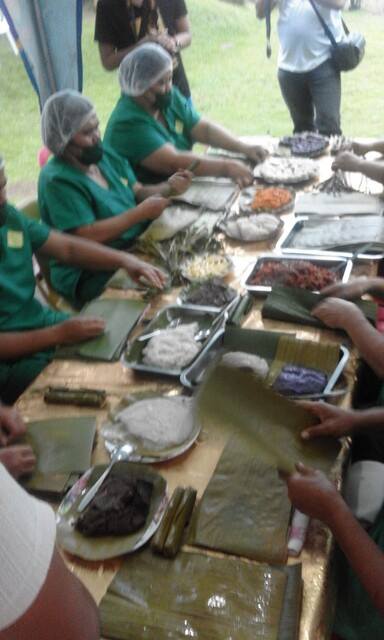 Madrid Fusion 2017, the biggest food event of the year, went into a spin as Region 10 brought in the best of the province in a variety of kakanin. With Regional Director Marie Elaine S. Unchuan of the Department of Tourism (DOT) leading the way, Region 10 aimed to win the heart and stomach of all attendees of the event, local and foreigner alike.

With this year’s delivery of the best delicacies from the region, RD Unchuan aimed to let people knew that there is truly more than what is known about Region 10. From point to point of the region, the whole Region 10 DOT was ready to wow those in the event with what they were presenting in the 3-days event. From Bukidnon to Misamis Occidental, a good selection of delicacies was presented as part of the gastronomic wonder of the region. The delegations are as follow: RD Marie Elaine S. Unchuan – DOT10, Josephine H. Roque – DOT 10 Focal Person, Leonila S. Arguelles – Kitchen Focal Person, Chef Benzar Aradani , Camille Ambalario – Chef’s Assistant , Nelia B. Lee (Food Sponsor), Agnes Garcia Sue (Food Sponsor – Clarin, Misamis Occidental), Mayor Clive Quino and Mrs. Rina Quino (Food Sponsor -Manolo Fortich, Bukidnon) with other DOT 10 personnel. 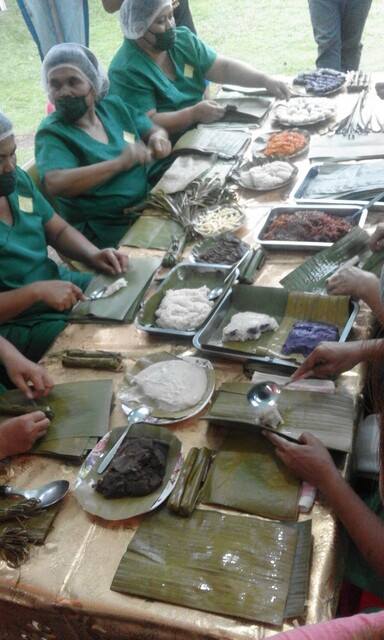 People were won over by the delicious suman from Clarin, Misamis Occidental, the crunchy peanut brittle, the delicate pastel by Vjandep from Camiguin, that grated young corn delicacy called binaki and chicharon from CDO, the peanut goodness of Cheding’s from Iligan City and the sweet pineapples of Manolo Fortich, Bukidnon. Paired off with it were the various coffee goodness of the region. Not only are delicacies featured but also the Humba de Oro and Ostrich Salpicao; two dishes displayed during the regional lunch last April 8 under the careful hands of Chef Benzar Aradani.

A good number of gastronomic wonders are to be expected and seen at this year’s Madrid Fusion. Region 10 was all set to give and serve their own tongue-wonder creations and win the hearts of people to come and explore and taste what they have to offer as a region, as a province and as Mindanao.