From Merci to Merzci, nothing but the best in Pasalubong Treats!!! 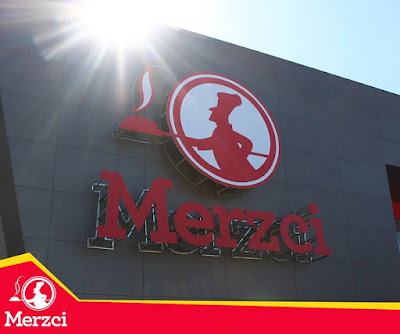 MERZCI is the trade name of CM & SONS FOOD PRODUCTS, INC. It is the leading bread and food pasalubong producer in Bacolod City and the island of Negros. It carries a wide array of product lines, namely, BAKESHOP, FAST FOOD, PASALUBONG, and PURIFIED WATER.

The company maintains optimum standards in its manufacturing processes and is constantly updating and improving its product lines. Along with its constant improvements, it strives to deliver customer satisfaction by bringing the highest “Value for Money” to its customers.

In 2014, following its trademark application with the Intellectual Property Office of the Philippines (IPO), the trade name got updated from Merci to Merzci. With the update in the name, came the upgrades and improvements of the company to produce better products and services to its customers. Thus, launching the brand in October 2014 as “The New and Improved MERZCI”. The addition of the letter Z in the name signifies that the company has been gearing up and focusing on targeting the GENERATION Z as the main market of its products and services. Customers can expect more from the company in the succeeding years – new products, more branches, improved customer service, and new ways to experience, share, and be part of MERZCI.

Other awards received by Merzci are the following:

Team Merzci gives back too. They initiated a relief operation for the victims of the 6.9-magnitude earthquake in Negros Oriental in 2012. They also helped the victims of the Banago Fire that devastated over a hundred family houses in 2013.

As of Jan 2018, the company is manned by a 1, 600-strong workforce more or less, with each department effectively working together to produce and maintain quality products for its customers.

For more information about CM & Sons / Merzci, please visit www.merzci.com.ph or follow them on facebook at https://www.facebook.com/MerzciPasalubongPH/,

Love life and live it to its fullest in Happiness and USANA Health! Holistic Integrative Care Center, Healing That Cares