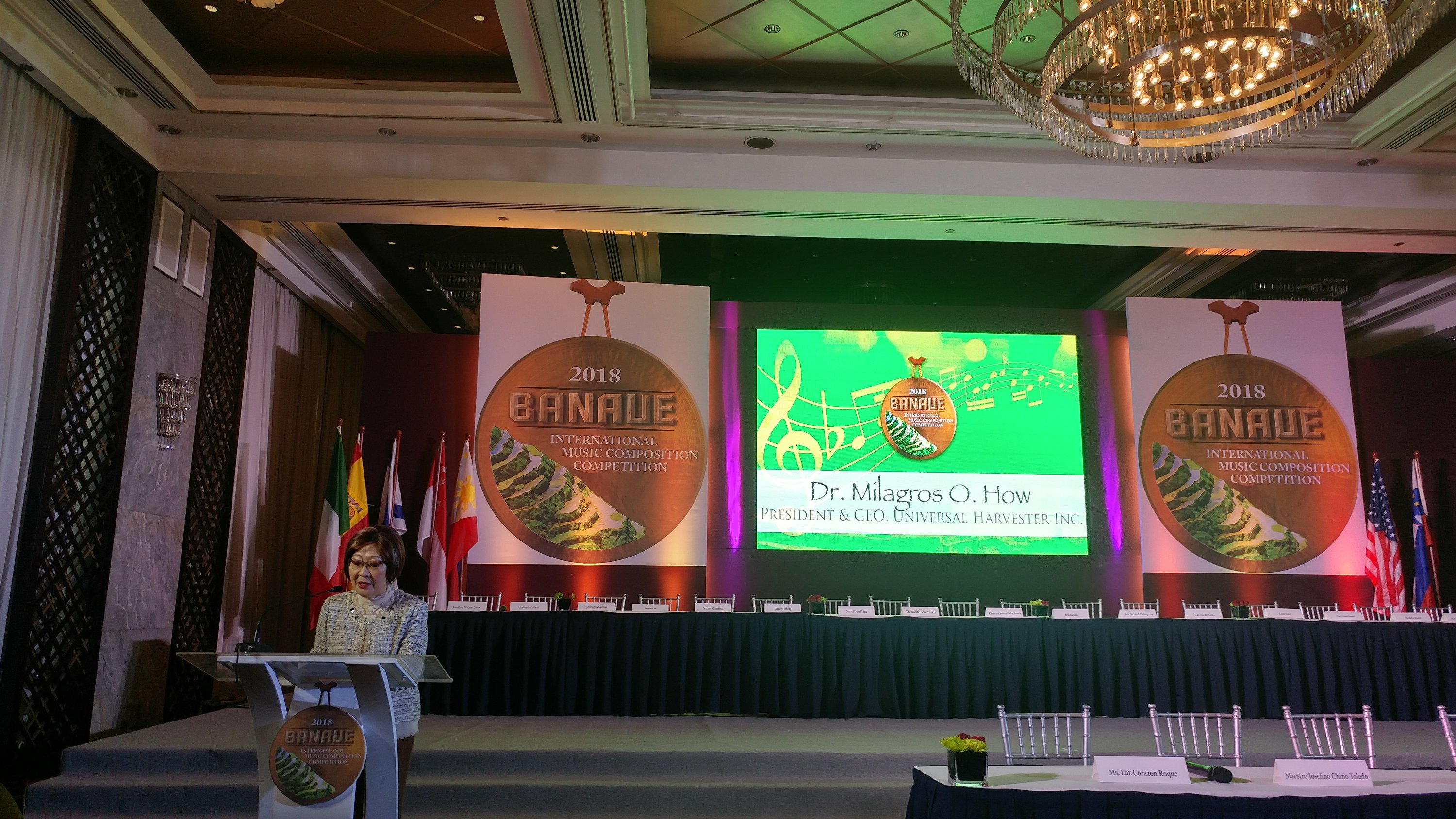 Dr. Milagros How,Chairperson of the Banana Rice Terraces Restoration Project noted,‘We were overwhelmed by the response to our call for entries. This proves the fact that music is, indeed, a perfect medium to promote awareness and advocacy for our beloved Rice Terraces which has been declared a UNESCO heritage site.’
For the first time, a musical competition of this magnitude is launched in the Philippines. From 84 entries, 20 Semi-Finalists/Composer-Fellows were selected and invited to participate in an intensive immersion Program in Banaue on July 9 to 20, 2018. During this period,they will tour major sites in the area and attend inter-active workshops to familiarize themselves with the culture, music, and traditions of the lfugao and other Southeast Asian Music cultures. 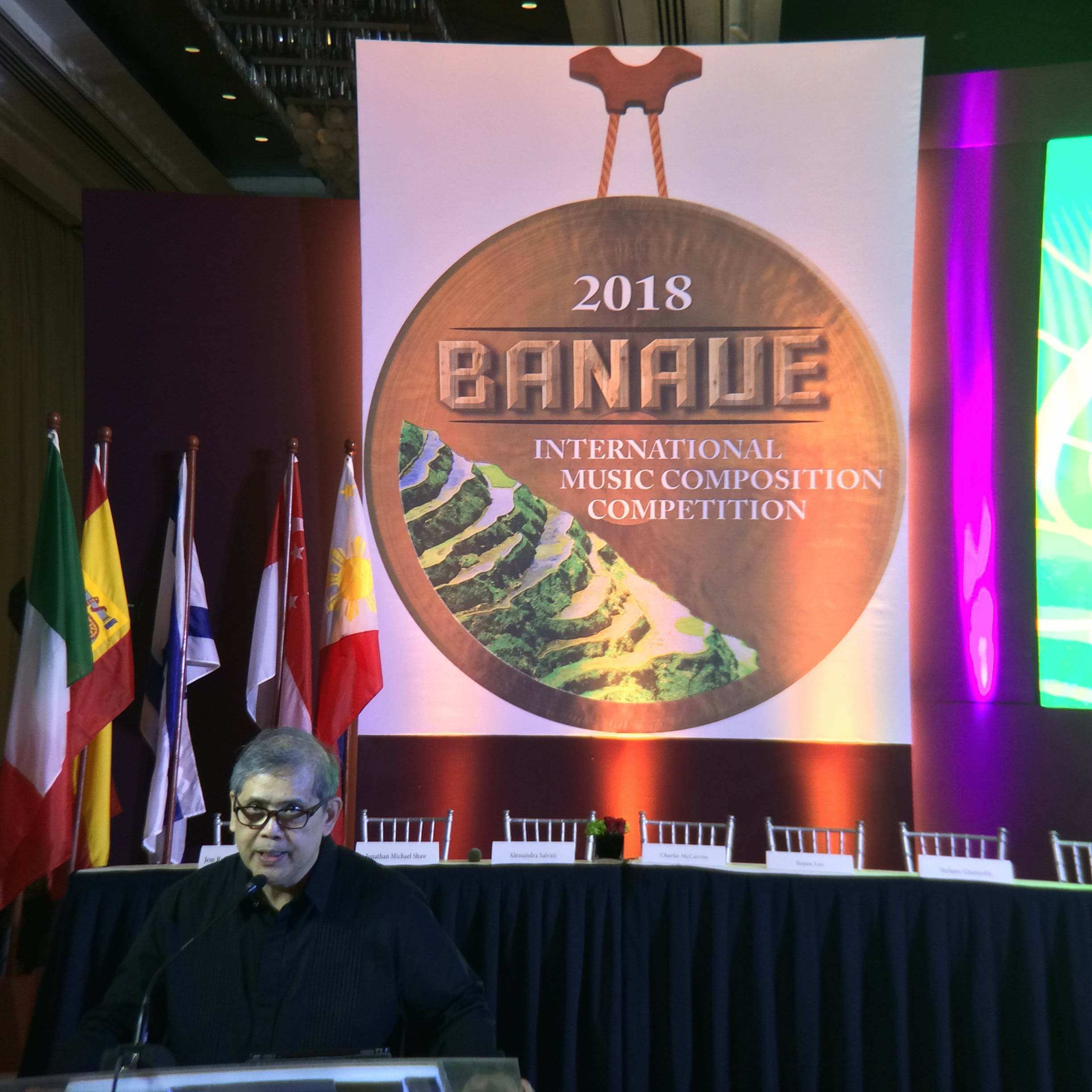 With diverse perspective and inspiration, the Composer-Follows may further enhance their entries before the Semi-Final competition. ‘Communing with the terraces is an important and necessary aspect of the competition. This is the only way by which the composer can resonate his or her music with the subject: Banaue Mayor Jerry Dalipog pointed out.
The 20 Semi-Finalists will be further trimmed down to 10 Finalists whose compositions will be played and performed by the TOFARM Festival Orchestra with BlMCC Artistic Director. Prof. Josefina Chino Toledo. Conductor,during the GRAND FINALS CONCERT to be held on July 25, 2018 at the Tanghalang Nicanor Abelardo. Cultural Center of the Philippines (CCP). 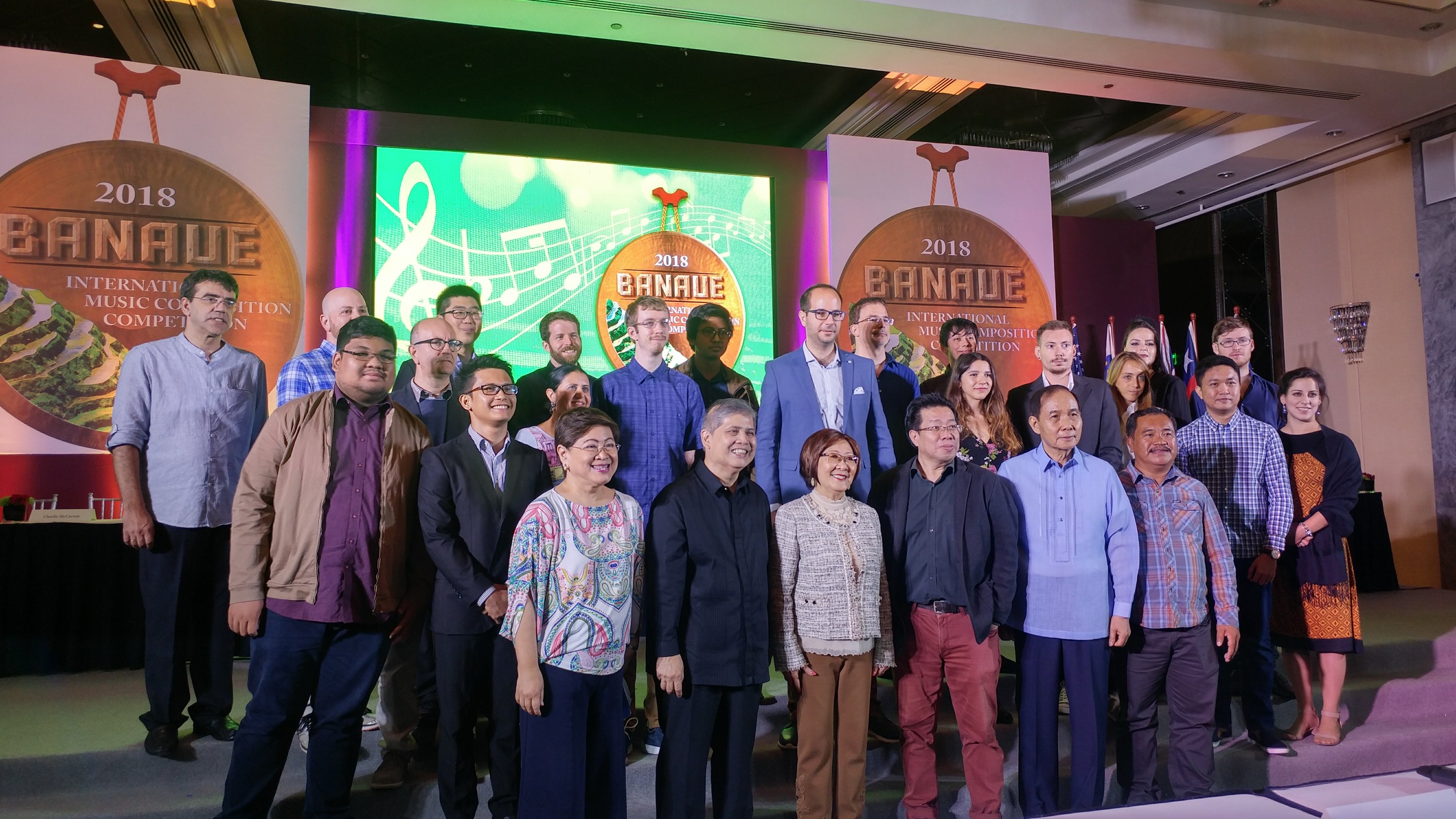 The Judges for the Semi-Finals are Prof. Kee Yong Chong and Dr. Verne de la Pena and for the Grand Finals. Dr. Chinary Ung. Dr. Ricardo Lorenz, Prof. Isao Matsushita, and National Artist for Music. Dr. Ramon P. Santos.
The Grand Prize Winner will receive U512.000,while two Runners-up will each receive $6,000. It is the organizers’ hope that through this international music event. A greater awareness will evolve towards generating more advocates for the restoration efforts.
We want the world to know that the Philippines is home to great wonders that Inspire artists from all over the World to pursue their craft, be it in music, poetry,or cinema. With the support of our friends from media, we will be able to take the first stop towards bringing back the glory bestowed upon the Banaue Rice Terraces as the Eighth Wonder of the World: Dr. How stated.
Proceeds from the July 25 Concert will go towards executing, implementing, and sustaining the action plan to restore and rehabilitate 628 hectares of damaged sections of the rice terraces,starting at Barangay View Point in Banaue.