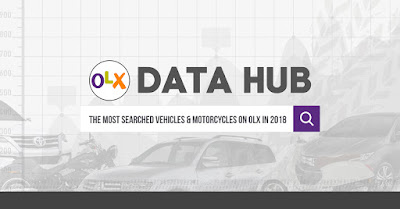 Wondering which vehicles were trending in 2018? According to leading classifieds portal OLX, the Honda Civic and the Yamaha Mio are the most searched car and motorcycle models, respectively, from January to November 2018.

Known for its performance, durability and versatility, the Honda Civic has been a consistent most-searched vehicle on OLX and has remained as a popular choice in the pre-owned market. It can function as a daily driver and even as a race car. The Japanese car is also popular among enthusiasts who love to pimp their ride. 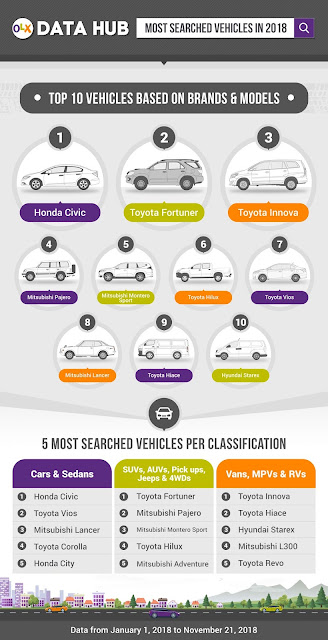 Two-wheeled rides are also becoming more popular because of their affordability. And when it comes to the most searched motorbike model, the Yamaha Mio scooter tops the list. Coming in second is the Suzuki Raider, which is known for its powerful engine.

In terms of motorcycle brands, internet users have been curious about aspirational brands Ducati, Vespa, and Harley-Davidson. Kawasaki and Rusi, though not as upscale as the previous brands, are also frontrunners. When it comes to motorcycle body types, many users searched for “scooter” followed by “big bike,” “400cc,” and “café racer.”

The data presented are based on the searches from January 1, 2018 to November 21, 2018 on OLX, the classifieds platform that has the most number of car and motorcycle listings in the Philippines. 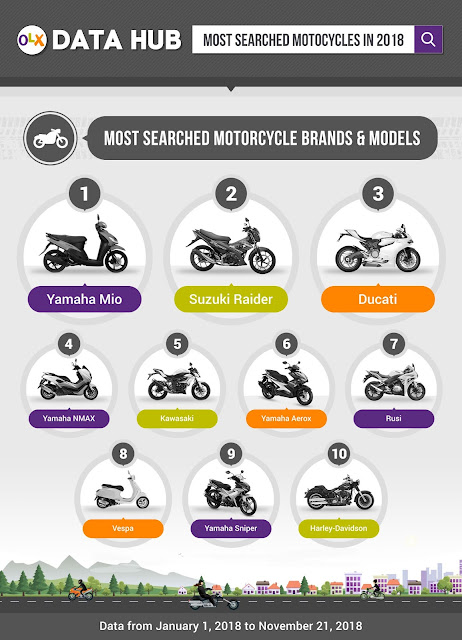 “It’s interesting to see which car models the market is looking up online. The most-searched list, which has some regulars and new nameplates, reveals consumers’ preference in 2018. Because of the upswing in motorcycle demand, the first-ever roundup of the most popular motorbike brands and models in terms of search this year is also available,” says Manuel Roman, OLX Philippines’ Head of Cars. “We value our customers’ needs, so we make sure we are leading in both volume and quality of listings. Our platform should be able to help people find the ride they are looking for, whether it’s a car or a motorcycle.”

Search for your ideal car or motorcycle on https://www.olx.ph/.