OPPO Reno5 is set to launch live on February 10:PictureLifeTogether with the newest Reno smartphone 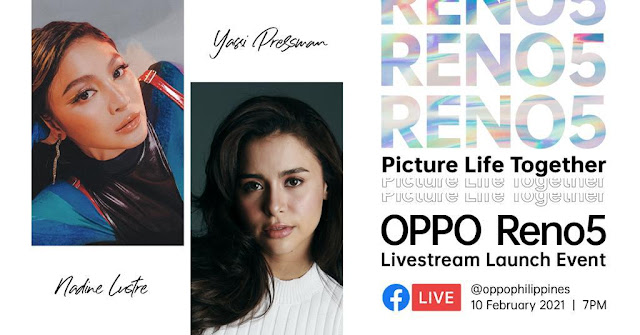 Global smart device brand OPPO is set to launch the much- awaited OPPO Reno5 4G and Reno5 5G this February 10, 2021 at 7PM via livestream on the OPPO Philippines’ official Facebook page. The newest addition to its Reno Series will enable users to #PictureLifeTogether with family and loved one’s.

To introduce the ultimate smartphone videography powerhouse to the country, OPPO’s Livestream Launch will feature Reno headliners, the country’s top celebrities and real life best friends Nadine Lustre and Yassi Pressman.
Make sure to tune in as there are a lot of other exciting performances, games and prizes that await viewers. Vlogger Mikael Daez will also join the party, as he breaks down OPPO Reno5’s best features demonstrating how to #PictureLifeTogether in his vlog content using the amazing camera features of OPPO Reno5.

Content creators David Guison and Angelique Manto will also give us an exclusive tour around the OPPO Box, a fun-filled activity area which potential customers can visit from February 10-14 at the Glorietta Activity Center to pre-order their own OPPO Reno5 unit.


Double the fun at the Reno5 Virtual Afterparty

It’s not a launch without an afterparty, and everyone’s invited! Viewers are in for electrifying performances from Nadine and Yassi and other surprise group performers, and a DJ set featuring Nix Damn P and Motherbasss.

Lucky viewers will also get a chance to take home exclusive prizes from OPPO, as well as a first look at the new Reno5 4G and Reno5 5G with content creator Issa Pressman and photographer Magic Liwanag. The full live experience is set to bring you on a journey where possibilities to create and share moments together are endless.

#PictureLifeTogether with Friends with the OPPO Reno5


Available in the Philippines starting February 2021, the Reno5 4G and Reno5 5G boast of the OPPO FDF Portrait Video System which guarantees clear images in any scenario, whether that be day, night, in strong backlight, while in motion or while standing still. 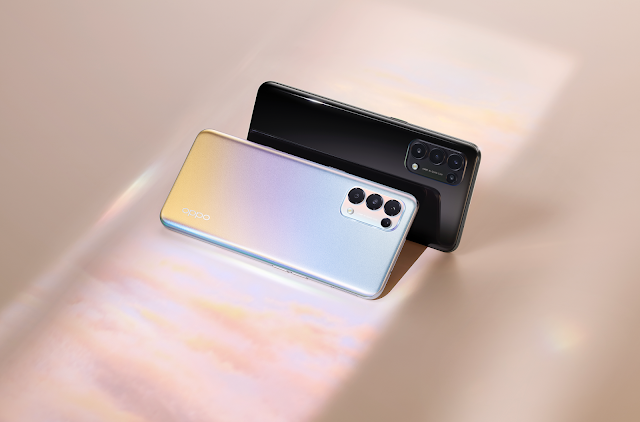 
This is the first time OPPO has united Ultra Night Video and Live HDR under one feature, which is available on both the front and rear cameras of both devices. OPPO has also included a host of features, such as AI Color Portrait, AI Mixed Portrait (both only available on Reno5 4G), Monochrome Video and more, giving users the power to create content with deeper and more creative stories.

The phone’s FDF Portrait Video System also includes the Portrait Perception Engine to let users shoot in their style. Other camera features include the Scene Design Manager which analyzes different scenarios to give the user high quality images wherever they are and Portrait Recognition which instantly recognizes the portrait subject in the image and separates them from the image background. 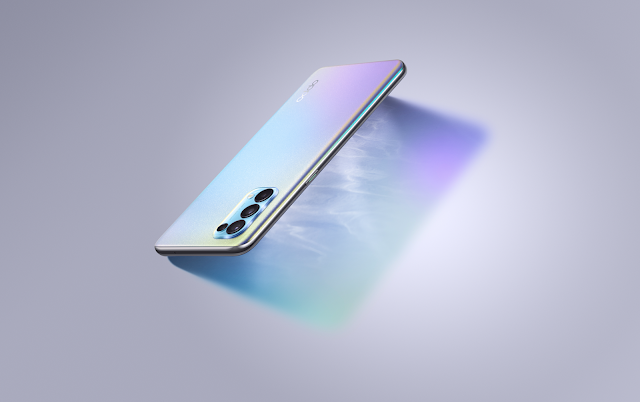 In addition to facial recognition, it can also detect and track moving human bodies within a video and extract these portrait subjects with precision from even the most complex backgrounds so you can still be the highlight of a shot even if you’re in a busy environment.
From beginning to end, the Reno5 4G and Reno5 5G are the new additions to OPPO’s powerful technology to simplify the complicated task of video capture, editing, and sharing off of users’ hands, leaving them with a simple-yet-professional means to record and create their own stories.
Catch the OPPO Reno5 Livestream Launch at 7pm, followed by the Reno5 Virtual Afterparty at 8pm on February 10, 2021 via OPPO Philippines’ official Facebook page.

The OPPO Reno5 will be available for pre-order starting February 10 until February 19, 2021. For more information about the latest OPPO Reno5 4G, Reno5 5G, and all of OPPO’s exclusive deals, visit the official website at www.oppo.com/ph or via the official Facebook page at OPPO Philippines.