PH & China, An Exchange of Art and Culture 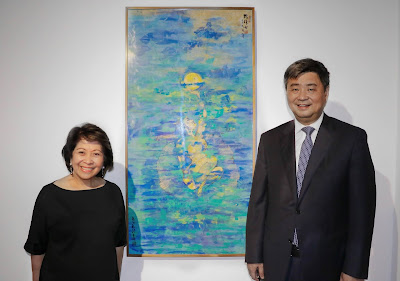 Tina Colayco, President of the Metropolitan Museum of Manila and Mr. Deng Jun, Country Head of Bank of China Manila

Since 2002, Bank of China Manila has been working towards boosting bilateral cooperation in the economic, financial, and trade fields between China and the Philippines. From efforts like the SME Cross-Border Trade and Investment conference, where Filipino businesses were matched with Chinese investors, to the facilitation of two panda bond issuances, the bank has been steadfast in pursuing its mission of bridging the Philippine and Chinese markets.

That mission goes beyond business, as Bank of China Manila extends its efforts to bridging people. “Our two countries have been friends for a long time. We share many similarities, but we also share many differences. Through this exchange of cultures, we hope to enhance the understanding between the peoples of Philippines and China,” said Mr. Deng Jun, Country Head of Bank of China Manila.

In partnership with the Metropolitan Museum of Manila (MET), the Chinese Culture and Art Association, and China Daily Mail, Bank of China is launching an international arts and cultural exchange program between China and the Philippines. The project brings together five Filipino artists and five Chinese artists to participate in a brief residency in historically and culturally significant locations that will juxtapose similarities and nuances of people, place, and nature. It will culminate in two group exhibitions in both countries with corresponding public programs.

In its aim to bridge cultures, Bank of China is endeavoring to unpack and highlight the similarities between the Philippines and China. For both countries, rapid growth has at times led observers to disregard the negative impact of economic activity on the environment. But environmental protection has now become a common goal for both nations to preserve their vast natural resources.

It is this kinship with the living environment that inspired the theme for the cultural exchange. Dubbed “In Harmony with Nature”, the program seeks to present the issue of climate change and mankind’s stewardship of the natural environment, from an artist’s perspective.

This kind of advocacy is something Bank of China is no stranger to. “We care deeply about the environment, and that extends to our business as well. We implement a strict Green Financing policy where we only finance projects that do not damage the environment,” said Mr. Deng.

An exchange of art and culture 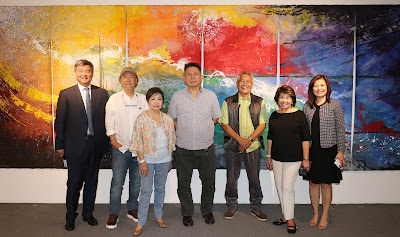 Deng Jun, Country Head of Bank of China Manila (first from left), Celeste Diokno, Managing  Director of Bank of China Manila (first from right), and Tina Colayco, President of the Metropolitan Museum of Manila (second from right), flank Filipino artists (from L-R) Rico Lascano, Phyllis Zaballero, Norberto Carating, and Manuel Baldemor. Together with Jonahmar Salvosa (not in photo), they will be participating in an upcoming culture and art exchange program that seeks to generate awareness for environmental harmony.

For this project, ten renowned Filipino and Chinese artists have been chosen for the caliber of their work, the strength of their practice, and potential synergy with their counterparts. They are some of the most distinguished in their respective countries, and are able to convey complex non-art concepts through their artistic lenses.

First, the participants will undergo a brief residency in Palawan before returning to Manila to exhibit their work at the MET. This initial leg will be punctuated with a collaborative/interactive painting that will be held during the exhibit’s opening day. After the art exhibition in the Philippines, a counterpart art exhibition will be held in China. It will then be the Filipino artists’ turn to visit China for a similar residency and collaborative painting activity.