How to play like a pro: Gatorade ambassador Scottie Thompson shares his top tips 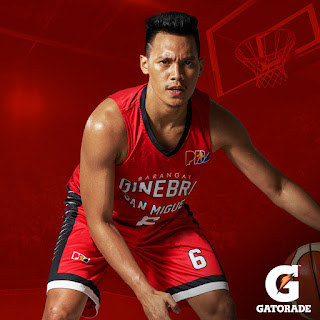 Ginebra shooting guard Scottie ‘The Hustle Man’ Thompson knows a thing or two about working his way to the top. At 24 years old, he is playing for one of the country’s most loved basketball teams and is already making a mark that he’s been dubbed one of the PBA’s fastest rising stars.

On the side, Scottie has shown a flair for entrepreneurship. He has his own barbershop—Thompson’s Sports Hair Shop; Wok Your Way, an Asian food stall; and a Pound for Pound Gym franchise.

You’re probably wondering: What’s the secret to his success?

Wonder no more. Here are top tips from The Hustle Man himself on how to play like a pro.

And just like Jordan, Scottie is well on his way to defying odds and setting records. In a Game 3 win versus San Miguel Beermen during the 2016 PBA Governor’s Cup, Scottie tallied a triple-double with 12 points, 11 rebounds, and 10 assists. This was the first time a rookie has done the feat since Johnny “The Flying A” Abarrientos, the shortest player (at 5”7) to win PBA MVP, did so 23 years ago.

“Scottie has demonstrated remarkable athletic talent and elite level skills in his young basketball career,” Pepsico Philippines Marketing Manager for Gatorade IC Sta. Maria said. “His relentless desire to succeed, on and off the court, is a valuable trait that all our Gatorade ambassadors share. We’re confident that he will inspire young athletes, especially in understanding the value of proper hydration in fueling sports greatness.”