PWDs gear up for Fun Run in May 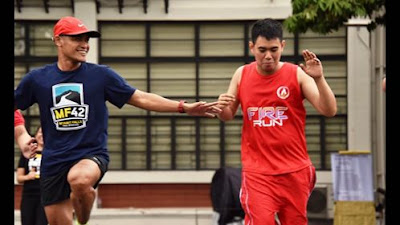 Every Saturday, Al Kim Joshua Baptisma and his mom Lerma have an early lunch so they can take a three-hour trip to a Fun Clinic in Quezon City. The weekly clinics are in preparation for the PWD Fun Run organized by the Kaakibat na mga may Autismo sa Pilipinas (KASPI)-Mpc, a support group for parents of persons with autism and other neuro-developmental disabilities.

It’s a long commute from their residence in Las Pinas to the UP Oval in Diliman where the clinics are usually held, but there is nothing that will hold back Al Kim from going to a place where he can feel good about himself. Being on the autism spectrum, 22-year old Al Kim does not have many options for social interaction and community involvement. His parents encouraged him to go into sports as a way of releasing physical energy and being with peers. Al Kim had his first taste of organized running when he joined a 5km run at the SM Mall of Asia.

“Running is a perfect sport for people like Al Kim”, says his mother Lerma. “There are no difficult techniques or rules required, no expensive gear, and can be done by just about anyone who shows up”. 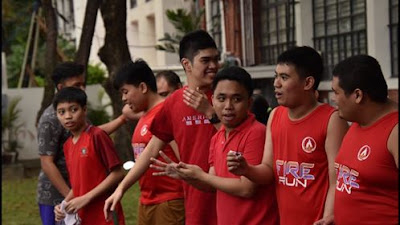 Al Kim has come to love running — although it is not just the sport itself that enthuses him, but its being able to connect with others who accept him and do not mind that he sometimes asks the same questions over again. He enjoys talking to everyone – with his co-participants and, even more so, with the helpful student volunteers from UP Kinetics and the UP Special Education Council (UPSEC). He has taken on the role of welcoming and easing in newcomers into the group, and immediately asks about those who do not show up. Once he engages in a conversation, he will most likely remember most of the details.

Al Kim is one of the developmentally-challenged individuals who will put in their best efforts during the PWD Fun Run to show that, with support and encouragement, they can succeed in sports and other productive endeavors.

The PWD Fun Run: PWeDe Pala, Hetdo Kami, Join Kayo will be held on May 26, starting at 5:30 a.m. at the UP Academic Oval, Diliman. Participants can join the full 11K run, or catch up at 5:45 a.m. and 6 a.m. for the 6.6K and 2.2K runs, respectively. Registration sites are at the Garmin sites at the SM Mall of Asia, SM North Edsa, and SM Megamall. Details are available at the PWD Fun Run page on Facebook.

Proceeds for the Fun Run will move KASPI toward its goal of putting up an activity center for individuals with neuro-developmental disabilities and helping them transition to a more independent and productive future.