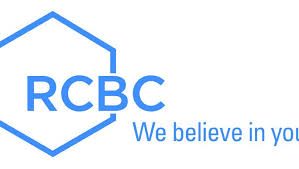 Net Interest Income reached P18.0 billion with 15% growth year-on-year. This was driven by the Bank’s vibrant lending business with Total Customer Loan portfolio expanding by 16% to P353 billion. All market segments sustained their growth with 12% growth in Corporate loans, 39% growth in SME Loans, 15% growth in Consumer Loans and 29% growth in Credit Card Receivables. Rizal MicroBank (RMB), the Microfinance arm of the Bank that provides financing requirements for micro and small enterprises, increased its outstanding loan portfolio by 39% year on year, through continuous efforts to enhance its current loan products responsive to the needs of its mandated market segments.

Total operating expenses increased slowly by 2.3% to P17.8 billion for the year ended 2017. The Bank pursued the expansion of its distribution network by selectively opening 27 branches and deploying 74 ATMs mainly in support of its on-going strategy to broaden customer reach and enhance banking convenience.  This brought the consolidated network to 508 Branches and 1,562 ATMs, resulting to a 3.07 branch-to-ATM ratio, one of the highest in the industry.

The Bank’s other businesses continued to grow, addressing the various needs of its customers. RCBC Bankard has a strong and active card base of 579,000 in 2017, higher by 9% vs. the previous year. The Bank has built a strong portfolio under its Wealth Management business with Total Assets under Management (AUM) expanding by 12% to P103.0 billion.

“The Bank is on track and ready to take advantage of the opportunities expected from the favorable business environment in 2018.  Our delivery channels are geared up with new branches and improved ATM systems supported by strengthened security measures in anticipation of the increased client activity in 2018. Competition, however, will continue to be strong.  The RCBC management understands this all too well and is prepared to address this with a strong sense of urgency, as we pursue our business plans, key initiatives and key transactions this year”, said Gil A. Buenaventura, RCBC President and CEO.

In support of the regulatory sandbox initiative introduced by the Bangko Sentral ng Pilipinas (BSP), RCBC has recently partnered with eCurrency Mint Limited (eCurrency) to launch its digital money product to deliver accessible and affordable digital financial services in the country.

On November 23, 2017, Moody’s upgraded the bank’s baseline credit assessments (BCAs) and adjusted BCAs to baa3 from ba1. On December 14, 2017, Fitch revised upward the Support Rating Floor of RCBC to BB from BB-.