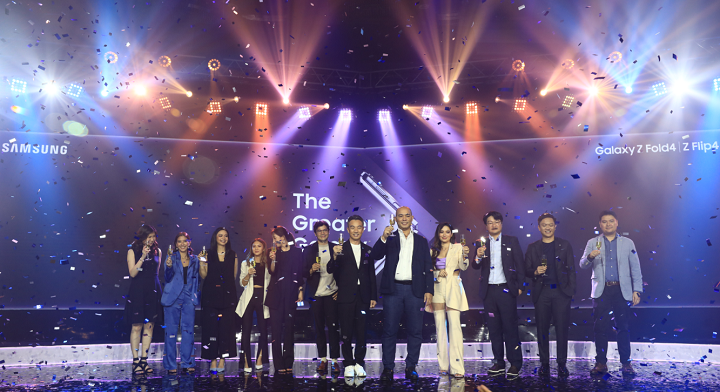 After its Galaxy Unpacked in New York, Samsung Philippines celebrated the launch of the latest Galaxy Z Fold4, Z Flip4, Watch5 Series and Buds2 Pro with a live event, “The Greater Galaxy”, held at the Grand Ballroom of Grand Hyatt Manila last August 19, 2022.

Attendees of the event were treated to a special program and witnessed the reveal of themed experiential zones centered around the latest innovations and passions the devices aimed to capture. 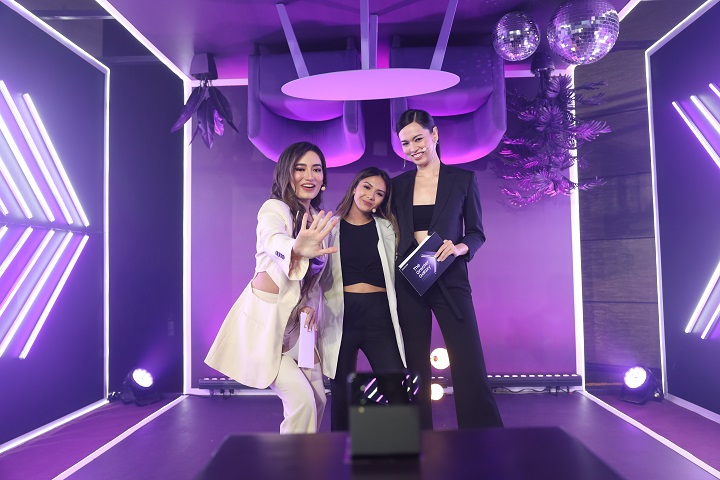 The new Galaxy Z Flip4 was showcased at the FlexCam zone, which complemented the ability of the device to capture photos and videos from different angles. 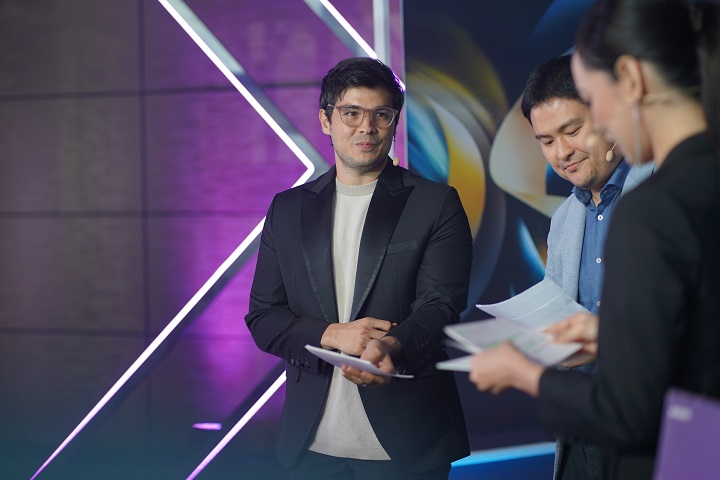 Meanwhile, the new Galaxy Z Fold4 was introduced at the Productivity Zone, which highlighted the multitasking capabilities of the phone with its multi-window feature and upgraded taskbar.

The new Galaxy Z Flip4 and Galaxy Z Fold4 impressed attendees with its upgraded features, including a new improved chipset, stronger aluminum frames and corning glass, making the latest foldables the most powerful and most durable yet.

Those who were able to experience Samsung’s latest ecosystem devices were also pleased to find new upgrades. The Galaxy Watch5 Series improved on its health and sleep tracking, while the Galaxy Buds2 Pro’s Intelligent Active Noise Cancellation was a feature that stood out. 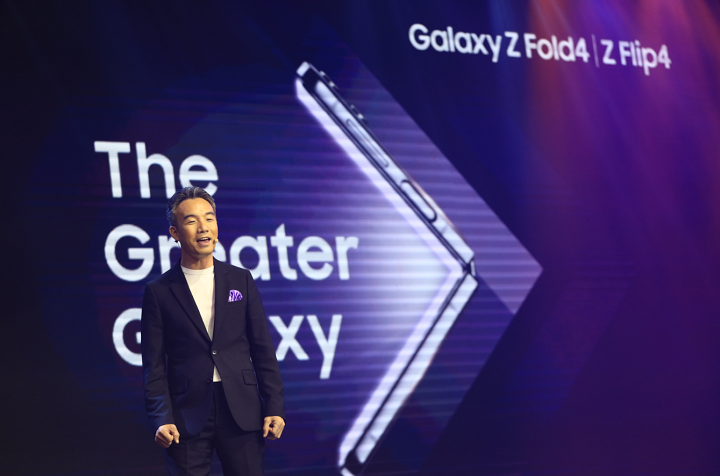 Customers can also pre-order through Samsung Experience Stores, Authorized Samsung Stores, Lazada, Shopee, Abenson.com and MemoXpress Online and a FREE Standing Cover with Pen worth PHP 4,899 and a Super Fast Wireless Charger worth PHP 3,099 when they pre-order the Galaxy Z Fold4. Customers to pre-order the Galaxy Z Flip4 can get a FREE Clear Slim Cover worth PHP 1,199, plus a Super Fast Wireless Charger Duo worth PHP 4,599. In addition, customers can enjoy 50% off on the new Galaxy Buds2 Pro, 30% off on the new Galaxy Watch5 Series, and 1 Year SCREEN PROTECTION worth up to PHP 7,880 with Samsung Care+.