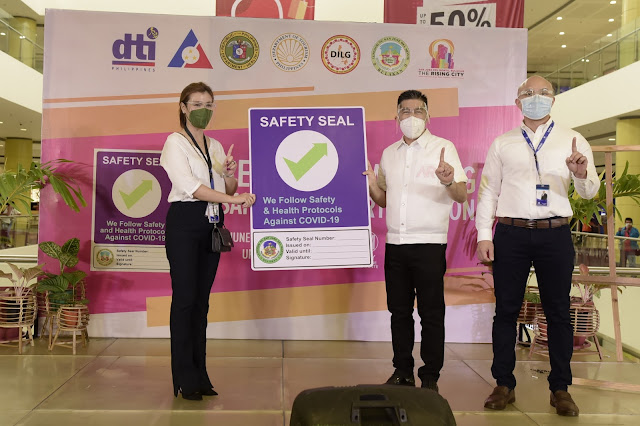 The SM Mall in San Jose del Monte was the first establishment to receive the Safety Seal certification as the Local Government Unit launch the program in the city Wednesday morning, June 23, affirming its strict compliance to the government-mandated safety protocols.

After a thorough inspection and evaluation on crowd control, ventilation, and digital contact tracing, Safety Seal was issued to SM and to some of its establishments by Mayor Arthur Robes and Evangeline Garcia, head of Business Permit and Licensing Office (BPLO.) 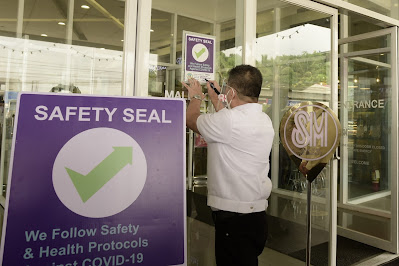 Mall Manager Jose Mari Emmanuel Correa thanked all the local government agencies who took time to inspect and evaluate the mall especially the DTI and DILG.

“We all know that the Safety Seal is a big help to restore the confidence of our customers, and for us, it serves as a recognition of our hard work in ensuring the safety of every shopper,” he added.

According to Mayor Robes, SM has been a long-time partner of the city in all of its effort to serve the community. In his short speech, he stressed out the importance of Covid19 vaccine and encouraged the citizens to take advantage of the government’s vaccination program. 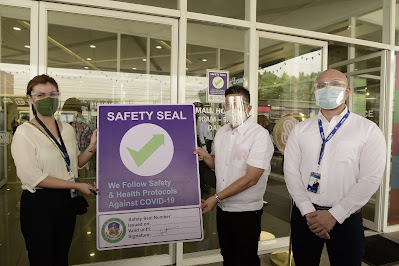 “SM again is one of our partner in vaccination. If there is anyone here who is not yet vaccinated, get vaccinated. It is important that we have full defense against Covid19,” Robes said.

Business establishments inside SM who also received their Safety Seal stickers are The SM Store, SM Supermarket, SM Appliance Center, Anytime Fitness, Red Ribbon, Greenwich, Infinitea, and Max’s Restaurant. SM management is continuously encouraging the other merchants to apply for their certification, while the others are already on process to get their own seals.

Prior to SM City San Jose del Monte, the other three SM malls in the province of Bulacan, namely SM City Baliwag, SM City Marilao and SM Center Pulilan were already granted the Safety Seal Certification by their governing municipalities.

The safety seals given to SM and its business partners are valid for six months upon the issuance date.

Shopee Among Top 30 on the List of GradPhilippines’ Top Graduate Employers of 2021 7 Items You can Get to Make the Rest of 2021 Yours at Shopee’s 7.7 Mid-Year Sale