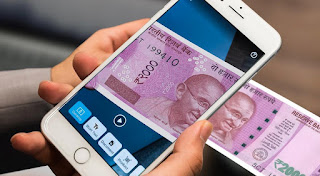 The latest update to Seeing AI brings new capabilities to the image recognition and narration app. Seeing AI can now detect Indian currency and narrate the denomination to the user. The app identifies all the notes in circulation including the new currency bills issued recently.

Currency bills are particularly challenging to identify, as they come in different sizes and textures, and are often modified by government. People who are blind or have low vision are known to fold these notes up in different shapes to be able to recognize and use them when needed, though still require means to differentiate denominations. Seeing AI brings this power to the users’ fingertips no matter where they are.

With the latest addition of Indian rupee detection, the app now supports five different currencies, including euros, US and Canadian dollars and British pounds. Seeing AI is currently available on the iOS App Store in 56 countries. Since its launch in July 2017, the app has helped users complete over 5 million tasks unassisted, and has been downloaded by over 150,000 users.

Designed for users with visual impairment, Seeing AI combines artificial intelligence and rich computer vision to narrate the world around users in real-time. By describing surrounding people, text, objects, colors, and currencies, Seeing AI serves as an example of how inclusive technology empowers people of all abilities.