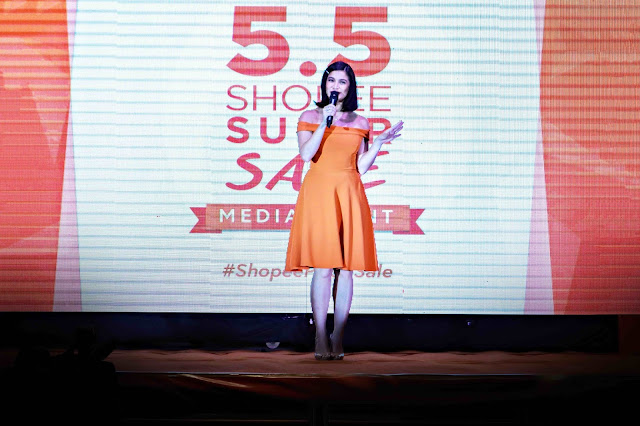 MANILA, PHILIPPINES –  Shopee, the leading e-commerce platform in Southeast Asia and Taiwan, announces Anne Curtis as its first brand ambassador in line with the launch of 5.5 Shopee Super Sale. The campaign is set to be the biggest mid-year online sale in the Philippines and runs from 13 April to 5 May. It features discounts of up to 90% off on thousands of products, with deals as low as 55 peso and daily flash sales. The Filipina-Australian superstar will also be making her debut as Shopee’s brand ambassador in Shopee’s first ever television commercial in the Philippines.

Terence Pang, Chief Operating Officer of Shopee, said, “We are thrilled to announce Anne as Shopee Philippines’ first official brand ambassador and to have her join us in kick-starting the biggest mid-year online sale in the Philippines. Her friendly, fun and sociable personality best represents Shopee’s brand positioning as the leading online shopping platform, especially among millennials. In addition to being the face of Shopee, and the upcoming 5.5 Shopee Super Sale, Anne will also be starring in our first ever television commercial,”

“I am always on the move because of my busy schedule. Shopee makes it so convenient for me to do all my online shopping on my phone. Shopee has grown tremendously over the past few years, and I am excited to be part of the Shopee family. As brand ambassador for Shopee Philippines, I look forward to more exciting campaigns and events to come,” said Anne Curtis.

In line with the engagement of Anne Curtis as Shopee Philippines’ first brand ambassador is the launch of 5.5 Shopee Super Sale. Users can look forward to non-stop exciting deals lined up from 13 April onwards, leading up to the mega 24-hour shopping fiesta on 5 May. The campaign will feature massive promotions including 55 peso deals, daily in-app vouchers and surprises, as well as discounts up to 90% off across a wide range of categories. Fans of Anne Curtis can also look forward to the “Anne’s Top Picks” collection and giveaways featuring Shopee merchandise autographed by the celebrity. 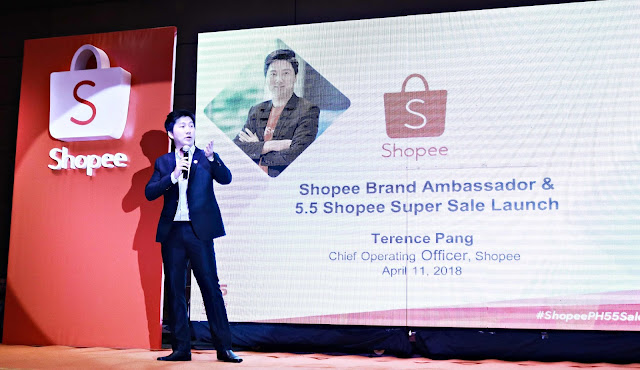 Additionally, Anne will be launching her own cosmetics line on Shopee. From 11 April, makeup lovers will be able to purchase BLK cosmetics via the BLK Cosmetics Official Shop on Shopee Mall, which features a 100% Authenticity Guarantee, 7 Days Return, Cash on Delivery and Free Shipping nationwide. To celebrate the launch of the BLK Cosmetics Official Shop, Anne will be giving away a limited edition autographed mirror to the first 100 customers, with a minimum spend of 1,000 pesos.

Check out the 5.5 Shopee Super Sale at https://shopee.ph/m/55shopeesupersale