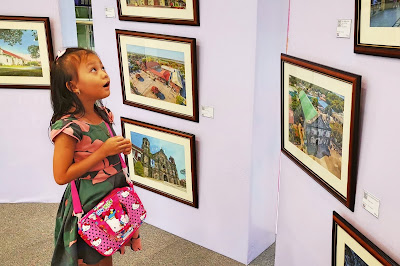 A child is mesmerized by the photographs of Heritage churches display at SM City San Jose del Monte in celebration of the National Heritage Month.

Century old churches around the Philippines have stand as silent witness to the country’s colourful history and rich cultural heritage. Known as one of the cultural treasures of the nation, these colonial structures served as sanctuaries, landmarks, and popular destination among tourists.

In partnership with the National Commission for Culture and the Arts (NCCA) and the Filipino Heritage Festival, Inc. (FHFI); SM Malls in San Jose Del Monte, Marilao, and Baliwag celebrates the National Heritage Month with the unique exhibition of Philippine colonial churches from Luzon, Visayas and Mindanao.

Dubbed as Up Front: Encountering the Sacred, the exhibit consists of photos taken by members of FUNtastic Philippines. The vast collection aims to promote the tangible heritage in the Philippines through featured photographs of churches declared as National Cultural Treasure, National Historical Landmark, an Important Cultural Property or a UNESCO World Heritage Site. 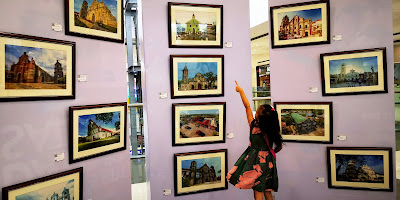 A 7-year old kid is innocently enjoying the photographs of heritage churches, pointing and looking around the display during the celebration of National Heritage Month at SM City San Jose del Monte.

Mall goers will have the rare opportunity to see the architectural legacy of Filipino craftsmen across the regions through the range of intricate design and function present in the colonial churches. The exhibit will also encourage viewers not only to appreciate the form and ornamentation of the structure, but also the history that shaped our nation and makes us Filipino. 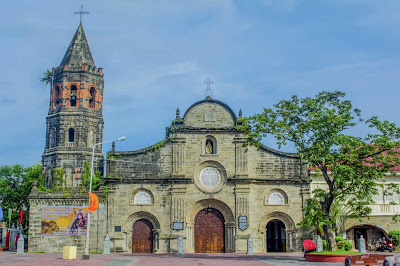 “We hope that the exhibit will serve as a platform for viewers to ponder, contemplate and preserve the country’s cultural heritage” said SM City Marilao Mall Manager Emmanuel Gatmaitan.

Up Front: Encountering the Sacred is currently at SM City San Jose Del Monte and will run until May 26. Exhibition in other SM Malls are slated on May 27 to 31 at SM City Marilao and June 03 to 07 at SM City Baliwag.