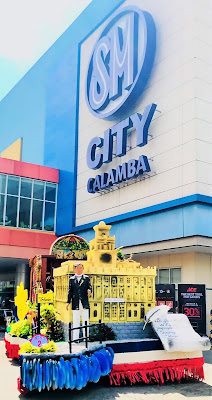 “We take pride in the Filipino culture as we show our support by promoting and joining fun, local celebrations, such as the Buhayani Festival. This recent win definitely makes us even more proud to be part of the community,” said Engr. John Jason Terrenal, senior assistant vice president for South Luzon Mall Operations. 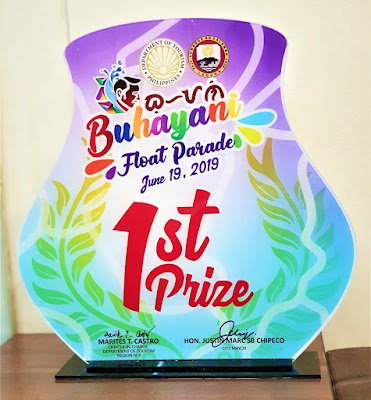 SM Calamba’s ‘Rizal sa España’ float was inspired by the life of Rizal in Spain. The façade showed a replica of Universidad Central de Madrid where Rizal studied medicine to fulfill his dream of becoming a doctor. Behind it was a library which emphasized Rizal’s exemplary performance and traits as a student. The dockyard where Rizal began his journey in Madrid was also included in the float, as well as the paper and pen which strongly symbolizes his wisdom and his great contribution in attaining the country’s sovereignty.

Since 2014, SM City Calamba has been taking part in the Buhayani Festival, which has gained recognition and support from the local community – from schools, government agencies, private establishments and local organizations. The Buhayani Festival is Calamba City’s way to celebrate the life of its homegrown hero and the National Hero of the Philippines, Gat. Jose Rizal. “Buhayani” is derived from two Filipino words, “buhay” (life) and “bayani” (hero).