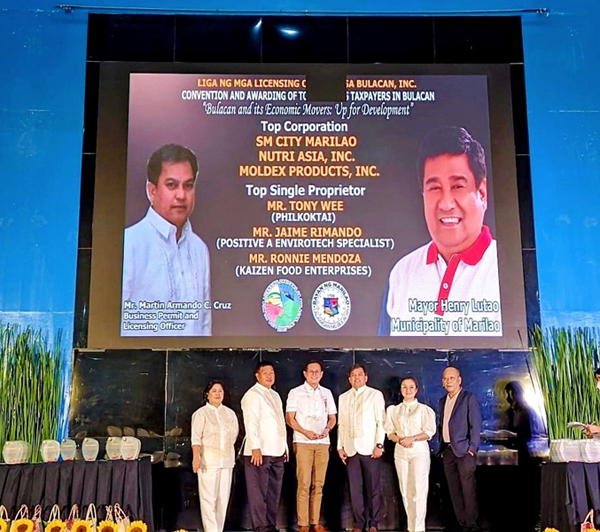 Dubbed as the “Bulacan and its Economic Movers: Up for Development”, the event was organized by the Liga ng mga Licensing Officers sa Bulacan, Inc (LLOBI).

SM City Marilao maintained its position as one of the province’s top taxpayers for fiscal year 2021.

“We are delighted to be recognized as a top economic contributor in the province. Consistent with SM value on good governance, we pay our taxes transparently and on time so that our communities can continue to finance its own economic development programs” said SM City Marilao Mall Manager Engr. Emmanuel Gatmaitan.

During the celebration, LLOBI president Eduardo Galvez commended companies like SM for being the foremost economic contributor and for helping shore up the province’s economic development through their taxes. He also thanked taxpayers for their valuable contribution in creating business climate that is conducive for investors and other potential businesses to thrive and grow.

Since its opening in November 2003, SM City Marilao’s presence in communities has helped create jobs and opened doors for local businesses, big and small. The mall has also helped in turning communities into tourism destinations because of its premier shopping, dining and lifestyle products and services.