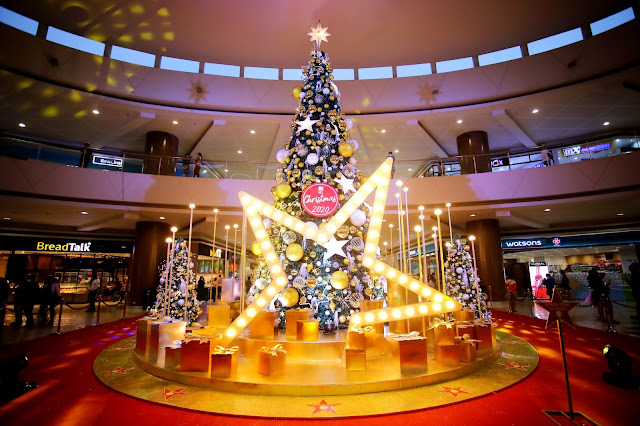 Star has always been a symbol of achievement, talent, honor, and excellence but it takes a different meaning as the country approaches the season of hope. While the pandemic won’t stop Christmas from coming, festivities for this year will be undoubtedly different but one constant still remains and that is SM’s iconic holiday centerpiece and its symbolism.

This year’s Christmas centerpiece is inspired by the Star of Bethlehem that glows brightly, leading the three Magis to the greatest story ever told. The intricately designed 30 ft. Christmas tree will not only serve as a seasonal centerpiece in the mall but also a shining beacon of inspiration, and hope for humanity.

“2020 was a challenging year for all of us but it also gave us more reasons to celebrate Christmas” says SM City Marilao Mall Manager Emmanuel Gatmaitan. “SM City Marilao’s Christmas centerpiece hopes to inspire joy as we celebrate Bulakeño talent and craftmanship,” he added.

Because Bulacan must be the only province that has representatives in almost every category of notable personalities in the country like National Artists, culture heroes, celebrities, and even political figures. The five pointed stars honor the accomplishment of these personalities through the walk of fame that surrounds the Star of Hope.

SM City Marilao’s repurposed Christmas tree is elegantly embellished with Christmas balls and ornaments in solid gold. Golden ornaments are meticulously fabricated as tribute to Bulakeño goldsmiths and jewelers. On the top view, the centerpiece resembles a golden crown composed of 40 grids of golden lamp posts. It is adorned by hundred yards of garlands and wreaths as well as thousands of LED lights, making the centerpiece glow from a far like a fine jewelry.

Shoppers at SM City Marilao may also discover Christmas around every corner as they come across collection of holiday trees and wreaths spread throughout the mall. There would also be interactive virtual surprises and family filled Christmas activities that will add extra touch of wonder to holiday shopping.

As part of our Kasama Ng SM campaign to support micro, small and medium enterprises, SM City Marilao also expanded its efforts to support local through the Christmas Market located at the mall atrium. Christmas Market will be rolled out all throughout the season to help rebuild Filipino businesses.

SM’s holiday centerpieces have been a part of the longstanding tradition that ushers in Christmas time in the province. SM City Marilao’s Christmas Tree will be on display until January 3, 2021.

7 Best Deals You Have to Watch Out for on 11.11 Sale with GCash SM CITY SAN JOSE DEL MONTE KICKS OFF CHRISTMAS WITH HOPE