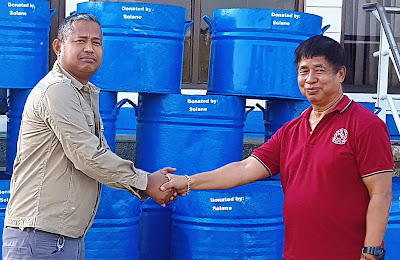 As part of Solane LPG’s commitment to supporting communities, its containers which were initially used for replacement of vapor cargo line were converted to trash cans and duly donated to the Rosario local government unit, along with used paint cans.

A total of 30 fuel drums and 20 paint cans have been redesigned into trash receptacles that will benefit the people of Rosario. Enrique Estolas, Jr. (left), the official representative of Solane LPG officiated the turn over to Municipal Councilor Raul Flores (right).

How Filipinos Can Remain Healthy in the Age of Social Media Grab These Bags and Accessories All at 50% Off on Shopee’s 2.2 Sale