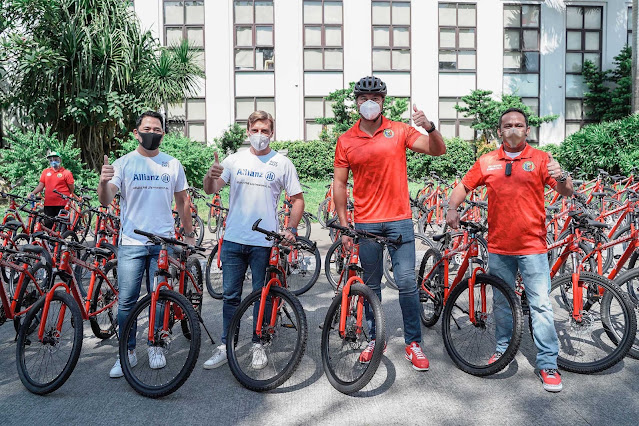 “We commend San Juan for taking the lead in establishing biker-friendly areas and it is only fitting that we put up the Philippines’ first solar-powered bike pit stop here. Biking is not just an alternative but an imperative transport solution during these times when we are facing challenges in mobility. Through this pit stop and other safety infrastructure we have put in place in partnership with the city, we hope that more people will be encouraged to use bikes,” said Allianz PNB Life President and CEO Alexander Grenz. 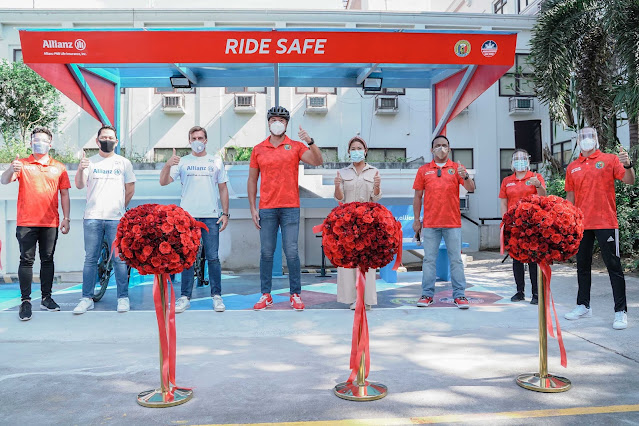 San Juan is known for its Bike Safety campaign. It has been awarded as one of the Most Bike-Friendly Cities in Metro Manila by the Mobility Awards. The city has designated bike lanes with corresponding safety infrastructure along its major thoroughfares. It has also deployed bike patrollers to ensure the safety of bikers and enforce the city’s strict quarantine protocols. In October, Allianz PNB Life became the exclusive Life Insurance Partner of its Bike Safety campaign.

“We’re very thankful that Allianz PNB Life has chosen the city of San Juan to be their partner for this very innovative, very progressive project,” San Juan Mayor Francis Zamora said during the unveiling ceremonies.

“Ang pagbibisikleta po, minsan iniisip ng iba, nakakatakot at delikado. Delikado, kung hindi tayo magbibigay ng proteksyon sa ating mga nagbibisikleta. Ngunit dito sa San Juan, bahagi na rin na bakit tayo nahirang na Gold Awardee ng Mobility Awards, ay dahil binibigyan natin ng proteksiyon ang mga nagbibisikleta. (Some people think that biking is scary and dangerous. It can be dangerous when there is no protection for our bikers. Here in San Juan, part of the reason why we are a Gold Awardee at the Mobility Awards, is that we give protection to bikers),” he added.

The design of the bike pit stop was patterned after the Allianz race car pit stops at Formula 1 races. It has bike parking, bikers’ resting area, and a small footprint bike repair station complete with hanger arms, repair tools, and an air pump. 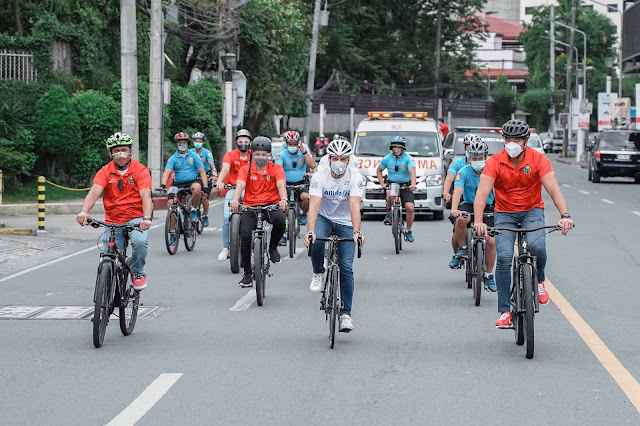 The bike pit stop is not the first project that Allianz PNB Life has worked on with the city of San Juan. Last month, one of the world’s leading sustainable insurers also put up signage and safety bollards in the city’s biking lanes.

“Sustainability is part of the Allianz DNA. Globally and locally, we have taken part in initiatives that promote environment-friendly solutions. We are looking forward to work with more local government units that share our ideals of providing a safer and healthier planet for our future generations,” Grenz concluded.

Universal Accounting app review for self employed and small businesses