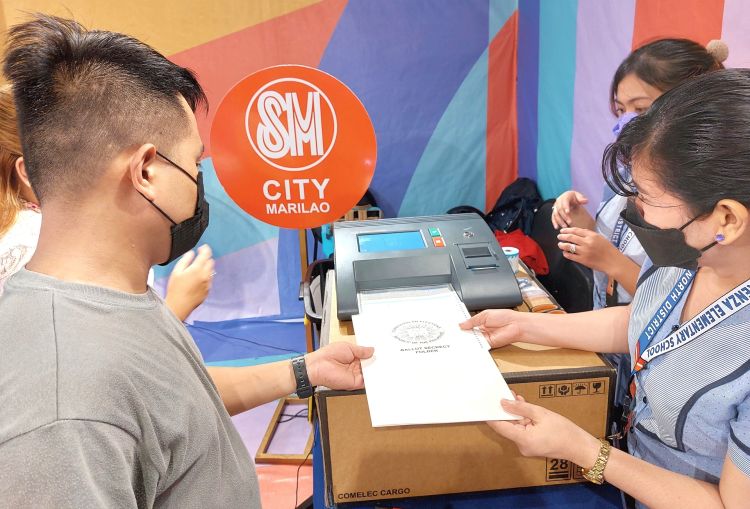 With less than 20 days before the May 9 polls, the Commission on Elections (Comelec) in partnership with SM Supermalls held mock elections and a demonstration of vote-counting machines (VCM) at SM Malls in Marilao, Baliwag, Pulilan, and San Jose Del Monte.

Ensuring data privacy, a first-time voter at SM City Marilao feeds his covered mock ballot at the vote-counting machine or VCM during the “Let Vote Pinas” initiative at the mall. Prenza public school teachers, who will serve as Electoral Board Members on May 9, were also present to assist and facilitate the mock elections in the mall. – Jun David

The initiative is part of the Memorandum of Agreement (MOA) signed by the Comelec and SM Supermalls for the voters’ education program or “Let’s Vote Pinas.” 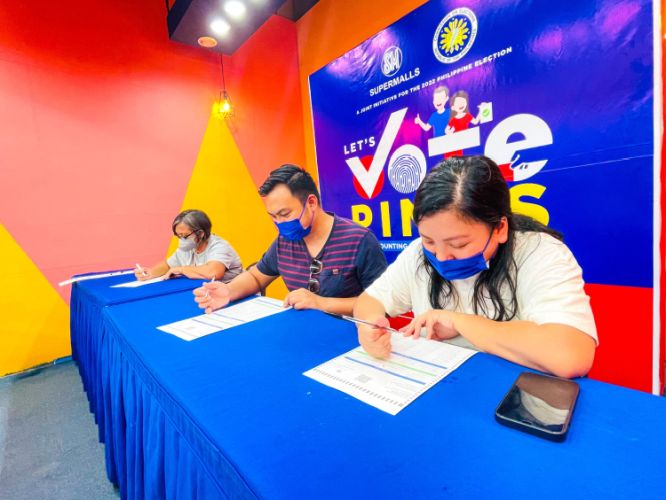 Shoppers participate in the Vote Pinas: A Vote counting machine demo and experience at SM City Baliwag that aims to educate and familiarize voters on the usage of VCM for the upcoming National Elections on May 9, 2022. Jun David

It aims to increase public confidence in the usage of the VCM by providing a hands-on, educational experience in preparation for the national elections. 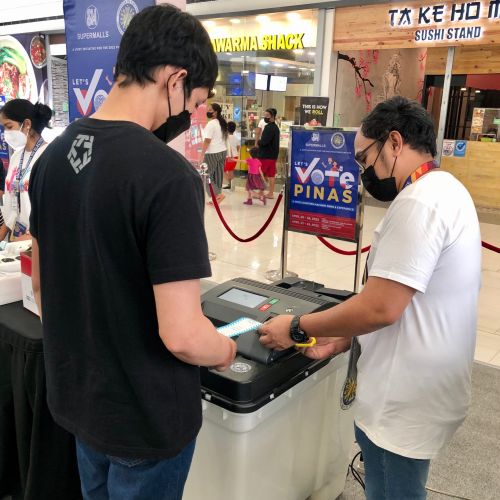 Demonstration on the use of vote-counting machines and mock balloting is now being conducted in SM City San Jose del Monte until April 24, as part of the voter education campaign. Located on the second floor, shoppers and voters are invited to familiarize themselves with the process for May 09 polls. Jun David


Not exclusive to registered voters, shoppers at the mall are encouraged to participate to familiarize themselves and gain a better understanding of the voting processes. 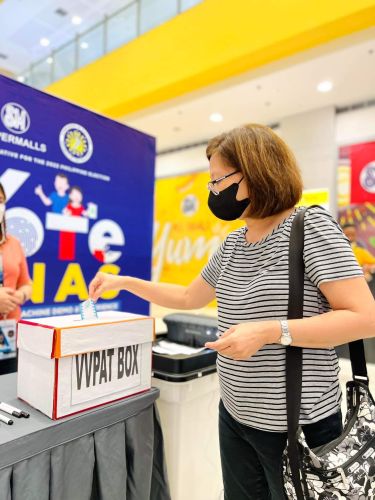 Shoppers may now have a better understanding of the voting process with Vote Pinas: A Vote counting machine demo and experience at SM Center Pulilan located at the ground level in between Gerrys and Jollibee. The initiative will run until April 24. Jun David

This initiative hopes to lessen the errors the voters usually commit on Election Day, like shading the ovals, handling the ballots, and feeding the ballots into the vote-counting machines.


At least 800 mock ballots are allocated per day at SM Malls in Marilao, Baliwag, Pulilan, and San Jose Del Monte.

Mobile Legends: Bangbang, Season 9 Playoffs watch party happening on April 28 to May 1, 2022 at SM Supermalls Check out this sweet BUY 2 GET 2 FREE deal from Equal at Shopee’s Brand Spotlight