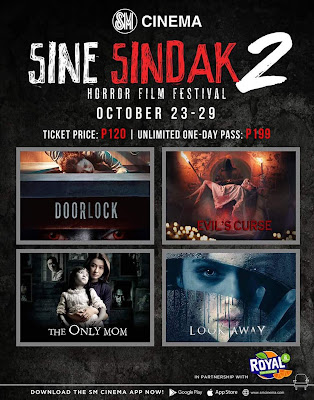 SM Cinema in Baliwag, Marilao and San Jose del Monte are up for some wicked enchantment and Halloween fright this October with the return of the horned fairy at Maleficent: Mistress of Evil back to back with the much-anticipated Sindak Sindak 2 Horror Film Festival ready to bring hair rising movies on the big screen.

Maleficent: Mistress of Evil is a sequel to the 2014 film Maleficent. The story takes a turn to Princess Aurora’s wedding with Prince Phillip resulting to a chaos as Phillip’s mother; Queen Ingrith plans a scheme—use the wedding to create a faction among humans and fairies. The turnout of events lead to a conflict between Maleficent and Aurora, both on other side of coin in their duty to protect the magical lands that they are taking part.

In the midst of an emerging war, Maleficent and her goddaughter Aurora, found new allies and dark new forces on the rise, leading them torn between circumstances that affect their family ties.

Kids may rejoice as Maleficent: Mistress of Evil is free for kids on its third week of screening in line with SM Kids Watch free promo. To avail, accompanying adult must purchase a ticket that comes with a complimentary movie pass for one child who is four feet and below in height. The promo is valid for single transactions and over-the-counter purchases. Seat availability is also set on a first-come-first-serve basis and can be chosen at the ticket counter after the kid’s height is checked. 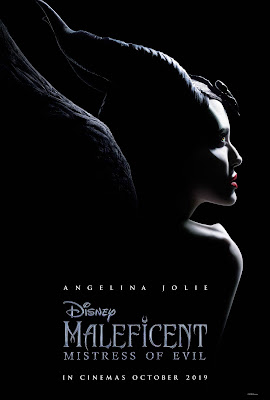 Halloween in Bulacan will be on full swing as SM Cinema, the largest film exhibitor in the country, brings Sine Sindak Horror Film Festival backon its second year. Running from Oct. 23-29, the film festival features horror films that fans can watch for only PHP120 each. Viewers and shoppers can also binge-watch in one day as all-day movie passes are also available for only PHP 199.

Sine Sindak 2 features four (4) international horror movies that will surely send shivers down your spine such as Doorlock, Evil’s Curse, The Only Mom and the Look Away.

Catch the most awaited Maleficent: Mistress of Evil and Sine Sindak 2 Horror Film Festival in SM Cinema of SM City Baliwag, SM City Marilao and SM City San Jose del Monte. For a more convenient movie experience, book your tickets through the website, www.smcinema.com or download the SM Cinema mobile app.  You may also follow /SMCinema on Facebook and @SM_Cinema on Instagram for updates!