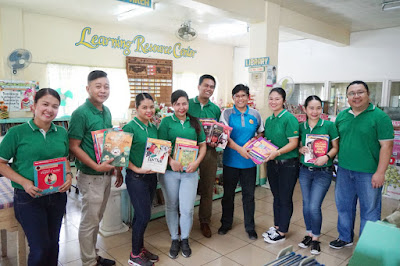 Mang Inasal recently donated P500,000-worth of children’s story books to public schools in Iloilo City and selected grade schools in the province. This was coursed through “Sa Pagbasa, May Pag-asa” program of the Jollibee Group Foundation.

The donation formed part of the celebration of Mang Inasal’s 500th store at the Iloilo City Center, Diversion Road, Mandurriao, Iloilo City. The store, which formally opened in June 2018, was a homecoming of sorts. Mang Inasal opened its first store in Iloilo 15 years ago.

List of cinemas screening Brillante Mendoza’s ‘Alpha: The Right to Kill’ released Shopee brings back the Super Gadget Zone Sale with up to 99% off on popular gadgets like Phones, HD TVs, Action Cameras and more