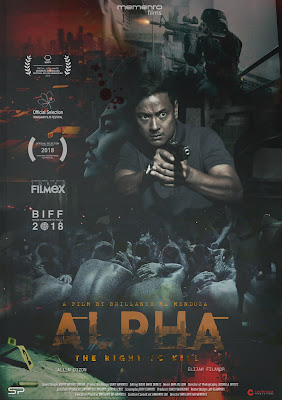 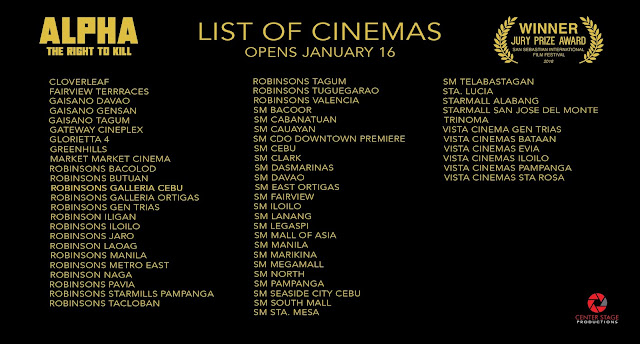 Baron Geisler was given warm welcome by members of the press during the event. “Alpha: The Right to Kill” marks the third time the actor starred in a full-length film directed by Mendoza.

Other special guests included Kiko Matos and Ketchup Eusebio, who are set to star in Mendoza’s upcoming film “Mindanao” with Dizon and Judy Ann Santos. The trailers of “Mindanao” and Mendoza’s collaboration project with Lav Diaz and Kidlat Tahimik titled “Lakbayan” (Journey) were shown during the “Alpha: The Right to Kill” red carpet premiere.

Before making its Philippine premiere, “Alpha: The Right to Kill” was screened in several film festivals abroad. It made its world premiere in September 2018 at the San Sebastián International Film Festival in Spain where it won the Special Jury Prize.