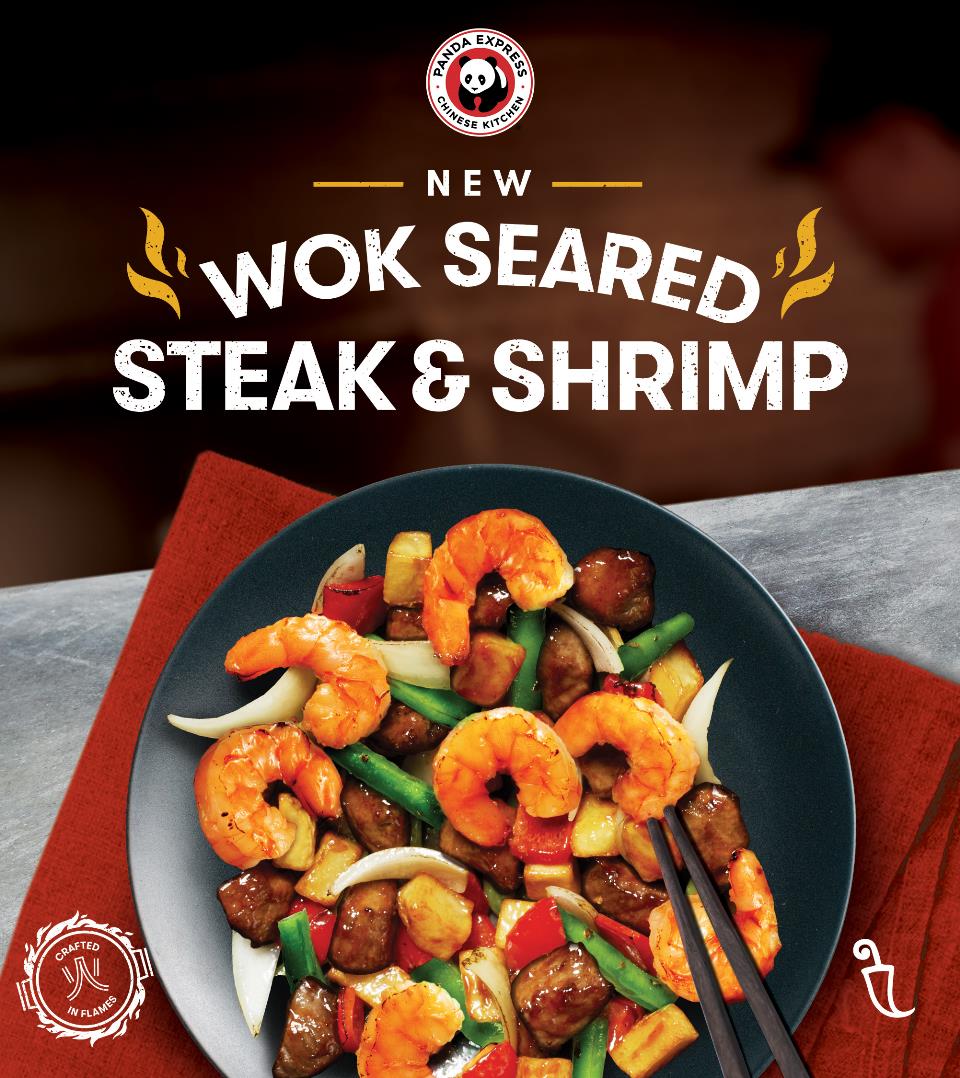 NEW DISH ALERT! Panda Express®, the largest Asian dining concept in the world, is bringing a surf & turf limited-time offer entrée and one of its top sellers to the Philippines—the Wok-Seared Steak and Shrimp, which is savory with a little bit of spice, rich in flavors from top sirloin steak and succulent shrimp, and with textures from the fresh green beans, bell peppers, onions, and potatoes.

“Wok-Seared Steak and Shrimp is unlike any other item we offer at Panda Express®. Joining the Chinese wok with the American steakhouse experience resulted in a dish reminiscent of a classic steak dinner while still offering the bold flavors and fresh ingredients that make it uniquely Panda,” said Chef Jimmy Wang, Head of Culinary Innovation at Panda Express.

Starting in November, fans will be delighted to get a taste of the juicy steak and large succulent shrimp, wok-tossed with potatoes, seasonal hand-cut yellow and red bell peppers, yellow onions, and green beans. These fresh ingredients, finished with a savory Chinese-inspired steak sauce, are transformed into a searing wok that brings a hint of smokiness that only wok cooking over an open fire can create.

“The Wok Smart American Chinese dish is an indulgent experience of a quality steakhouse dinner without the guilt. Wok-Seared Steak and Shrimp is high in protein and light on calories,” Wang added.


Panda Express® was founded by husband-and-wife tandem, co-CEO, and co-founders Andrew and Peggy Cherng in 1983. They popularized American Chinese cuisine by using authentic Chinese recipes adapted to global tastes, which successfully established the brand as the largest Asian dining concept in the US and the largest American-Chinese concept in the world.

This Holiday season, families and friends can enjoy a variety of delicious entrées with Chinese and Sichuan influences including its bestselling The Original Orange Chicken, a wok-tossed crispy chicken coated in sweet tangy sauce; and the award-winning Honey Walnut Shrimp, a mouth-watering entrée made with premium crispy shrimp wok-tossed in a honey sauce and topped with glazed walnuts. Celebrations will be extra special with these Panda Express favorites that are also available in family or party trays.

Operated by the Jollibee Group in the Philippines, Panda Express has thirteen stores in Metro Manila that are open for dine-in, take-out, and delivery through order.pandaexpress.com.ph, GrabFood, and foodpanda. Delivery locations include select areas in Manila, Pasay, Makati, and Quezon City.

To get more information on Panda Express, you may visit

Should you add Samsung Galaxy A23 5G to your Christmas Wishlist? PEPSI CELEBRATES AN “EXTRA SAYA” CHRISTMAS