SM MALLS IN BULACAN RAMP UP EARTHQUAKE PREPAREDNESS AMID PANDEMIC 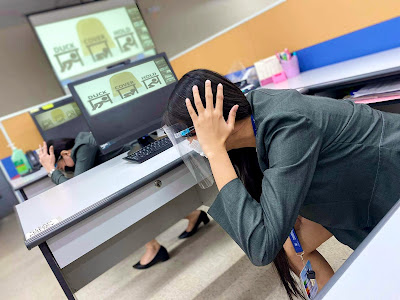 SM in Marilao, San Jose Del Monte, and Baliwag as well as SM Center Pulilan are adapting its earthquake preparedness drill to the new normal as the malls go online. 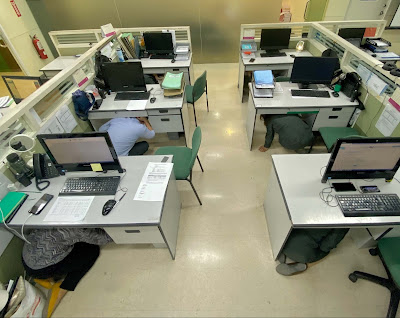 SM City Baliwag participates on the first Quarter National Simultaneous Earthquake Drill. With thesignal of the siren on exactly 2pm, employees did the duck, cover and hold at their workstations. Unlike the previous years, no evacuation drills and scenarios were conducted, but instead, a streaming of NDRRMC webinar on earthquake preparedness was held nationwide.

The drill, which was conducted by NDRRMC through the Office of Civil Defense (OCD), was streamed live via Facebook that gained over 30,000 participants nationwide.

Staged at exactly 2pm, the drill demonstrated a 7.2 magnitude earthquake scenario; the expected magnitude from the West Valley faultSM Bulacan Mall employees participated in the simulation as soon as SM Supermalls President Steven Tan virtually press the button to signal everyone to “duck, cover, and hold”. 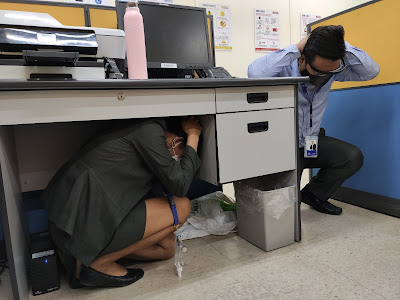 Employees of SM City San Jose del Monte perform the duck, cover, and hold, after hearing the sound of the siren at exactly 2pm during 1st Quarter National Simultaneous Earthquake Drill. Aside from the actual simulation, SM employees also joined NDRRMC’s webinar on earthquake preparedness as no evacuation drills and scenarios were conducted in compliance with the minimum public health measures.

These activities are aim to localized preparedness and instill awareness on the proper emergency response before, during, and after these hazards happen.

Treat yourself with your favorite Dove products, now on sale at Shopee Use your GrabPay Card to get a chance to win an iPhone 12